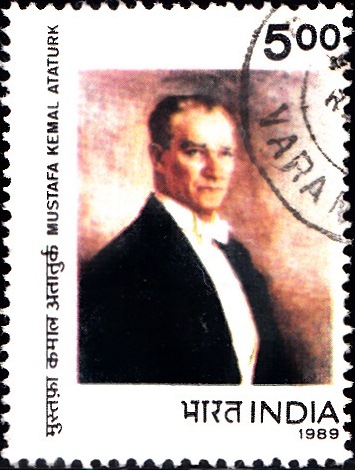 Descriptions of Designs : The stamp and First Day cover depict the personality based on photographs supplied by the Turkish Embassy in India. The cancellation has been designed by Mrs. Nenu Gupta.