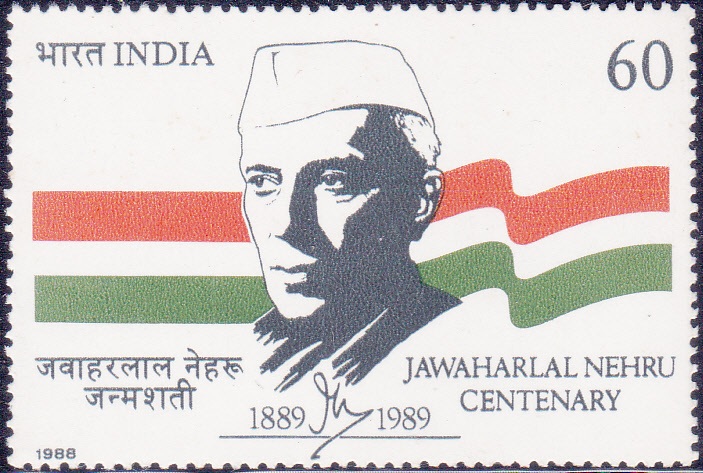 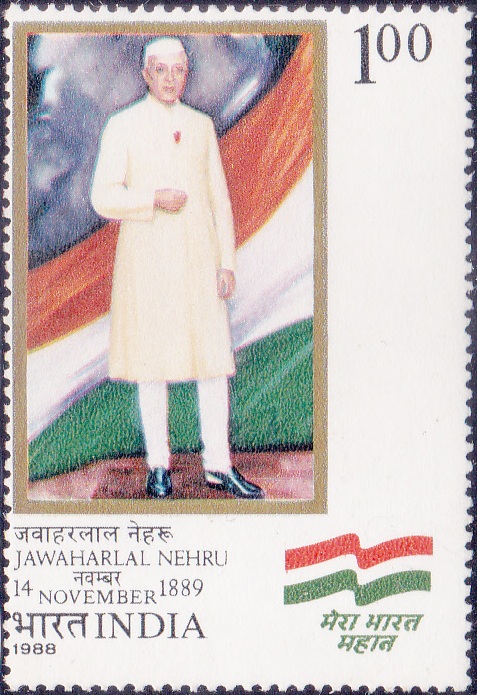 Issued for : On November, 14, 1988 as the nation prepares to commemorate Jawaharlal Nehru’s memory in a year-long programme of action, the Department of Posts has taken out a set of two stamps.

Description of Designs : One of the stamps carries the famous portrait of Jawaharlal Nehru which was made by Svetoslav Roerich which adorns the Central Hall of Parliament. Roerich’s portrait of a great man who loved the natural endowments of his land as much as he loved its people is indeed befitting in the context of the Centenary.

The other carries the logo adopted by the Implementation Committee for the Commemoration of the Nehru Centenary — it is a famous portrait of Nehru in a thoughtful mood indicating perhaps his dreams, his aspirations, his apprehensions and his hopes. The portrait has the suggestion of the tricolour in the background and also carries the famous initials of Jawaharlal Nehru.

M. F. Husain’s profiles of Jawaharlal Nehru are used to design the first day cover. The cancellation is designed by Smt. Alka Sharma.

Brochure with the Stamps and Special First Day Cancellation :