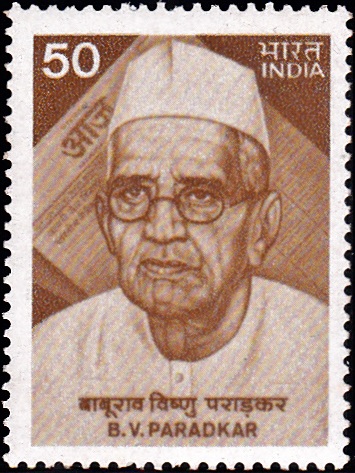 Issued for : The Indian Posts & Telegraphs Department is privileged to issue a commemorative stamp in honour of this veteran journalist.

Design : The stamp shows the portrait of B. V. Paradkar and the newspaper ‘Aj‘.