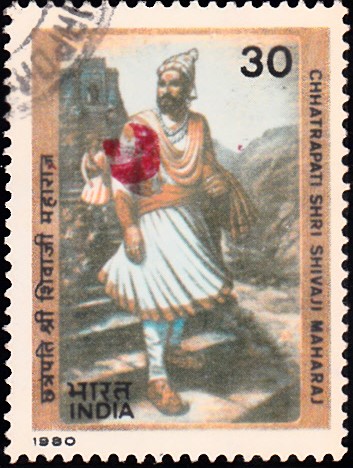 Issued for : The Indian P & T Department joins the nation in paying homage to the memory of this great son of India by issuing a commemorative postage stamp.

Description of Design : The stamp shows Shivaji against the background of Raigad Fort.

The First Day Cover depicts an artist’s impression of coronation of Shivaji.

Cancellation shows a shield used in India during 17th century.