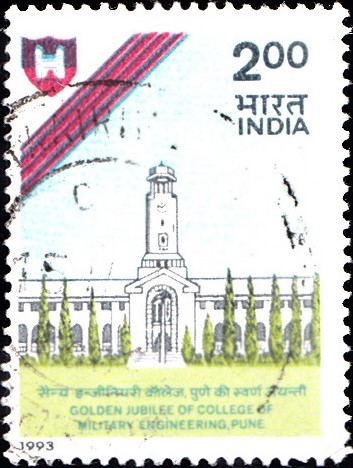 A commemorative postage stamp on the Golden Jubilee of College of Military Engineering, Kirkee (CME), a premier technical and tactical training institution of Corps of Engineers, Indian Army :

Issued for : The Golden Jubilee of the College is being celebrated this year. Department of Posts, has been privileged to honour premier institutions which have contributed immensely to the progressive strides made by the Country’s defence forces. The CME is one such institution and the commemorative stamp is being issued on 8th November 1993 to mark the occasion.

Number of stamps Printed : 1 Million Each