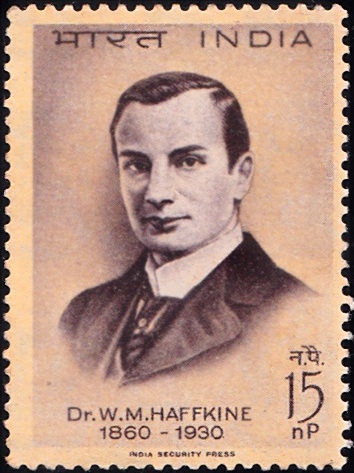 A commemorative postage stamp on the birth anniversary of Sir Waldemar Haffkine, a bacteriologist from Russian Empire, first microbiologist to developed and use vaccines against cholera and bubonic plague :

Issued for : The Posts & Telegraphs Department deems it a great privilege to honour the memory of this great bacteriologist, whose work was of immense value to India, by bringing out a special commemorative stamp on the occasion of his 104th birth anniversary.

Watermark : All over multiple ‘Lion, Capital of Asoka‘