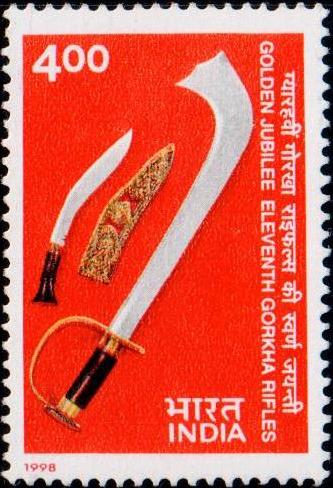 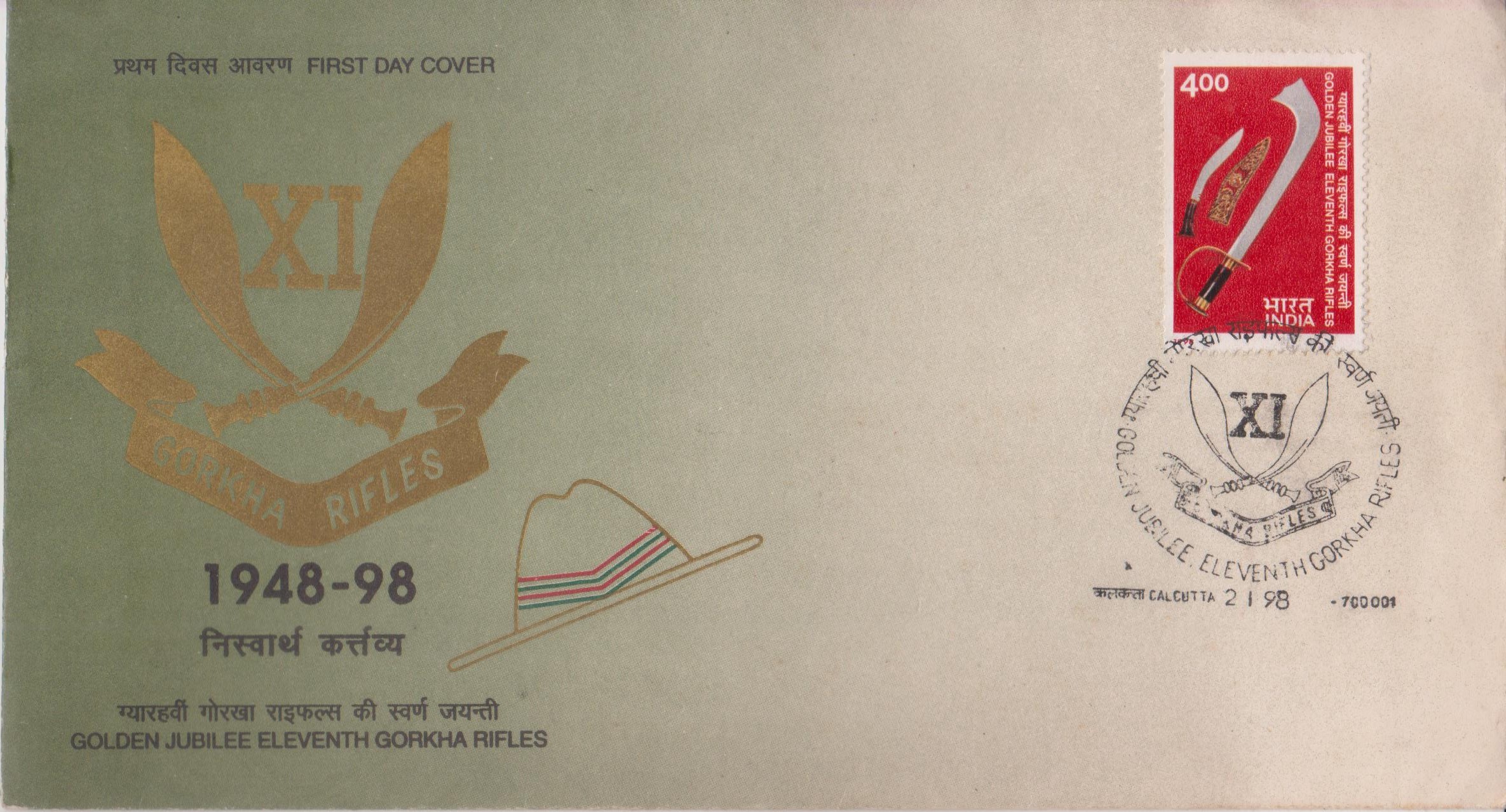 Issued for : The Department of Posts is pleased to issue a special commemorative stamp on the Golden Jubilee Eleventh Gorkha Rifles.