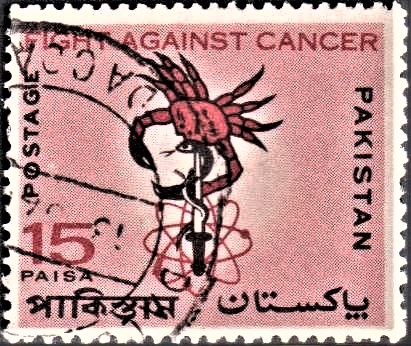 A commemorative postage stamp to publicize the Fight against Cancer :

Issued for : Pakistan Post Office is issuing a Postage Stamp of 15 Paisa denomination on December 26, 1967 to focus the attention of the public on the “Fight Against Cancer”.