A commemorative postage stamp on the 75th Anniversary of the 1st Engine–Powered Flight : 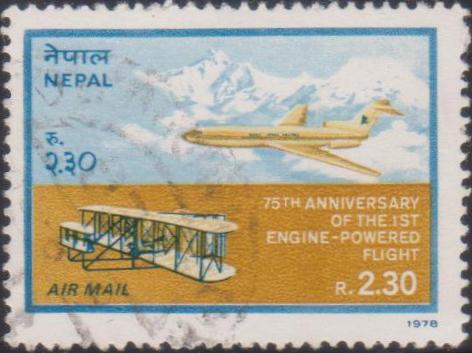 Issued for : To commemorate the 75th anniversary of this pioneering event a special air mail stamp is being issued today depicting the “Kitty Hawk” and the “Yeti” – the flag carrier of the Himalayan Kingdom of Nepal.