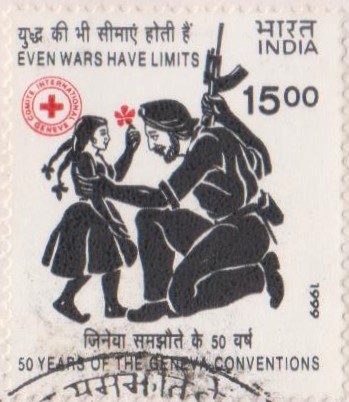 A commemorative postage stamp on 50th anniversary of the 1949 Geneva Convention, the standards of international law for humanitarian treatment in war : 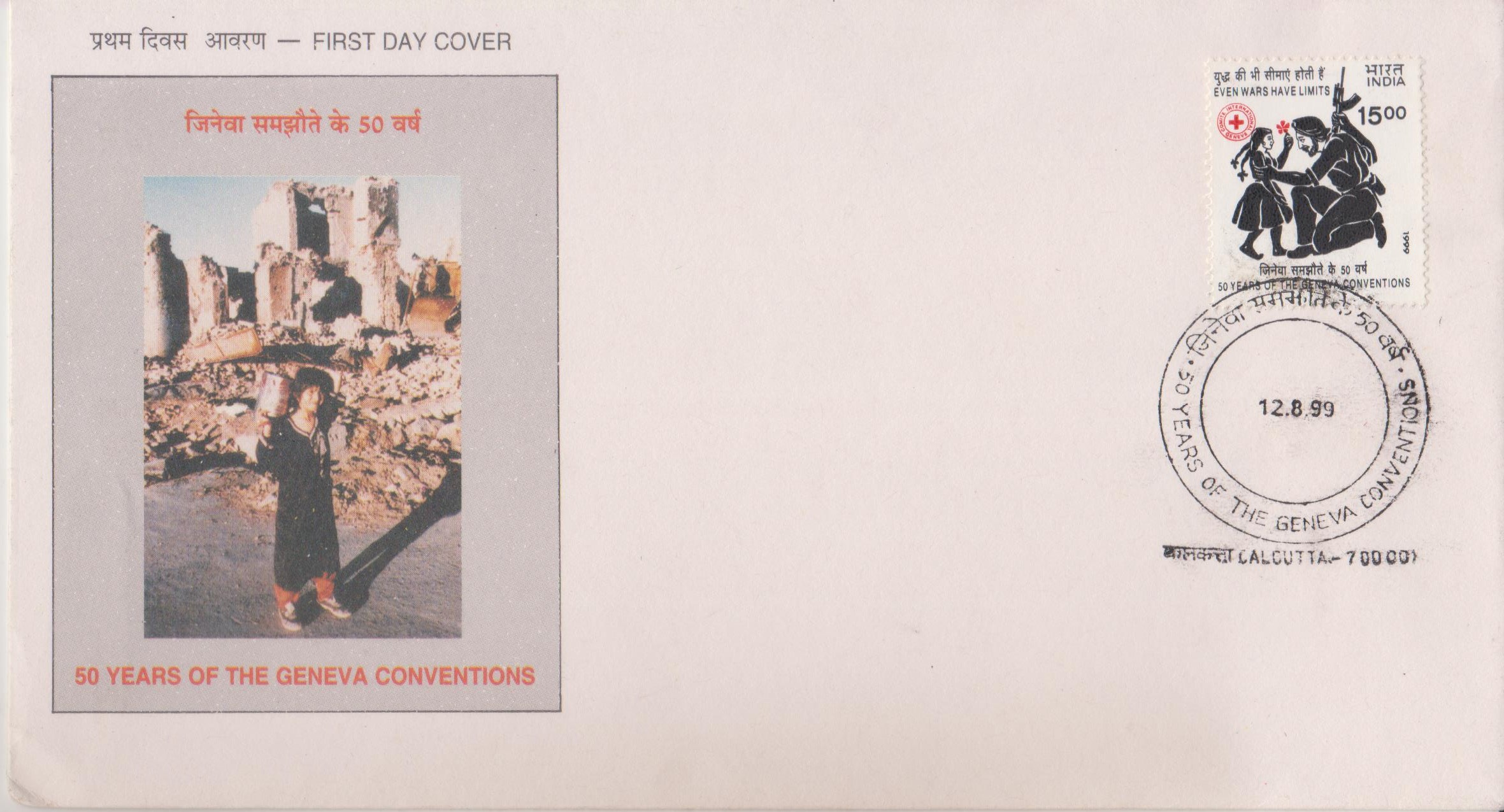 Design : The design of the stamp & first day cover symbolises, the commitment of this country to the preservation of the humanitarian concerns, enshrined in the provisions of the Geneva Conventions.