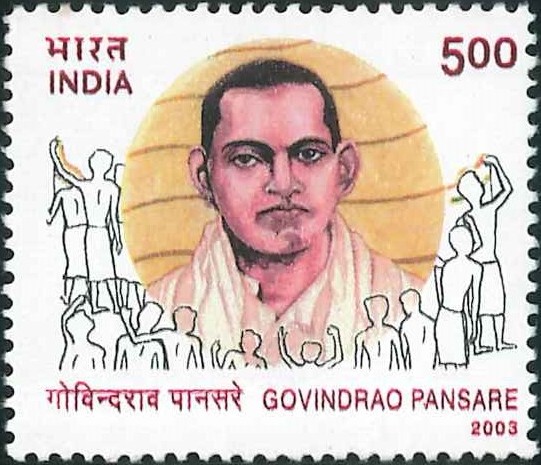 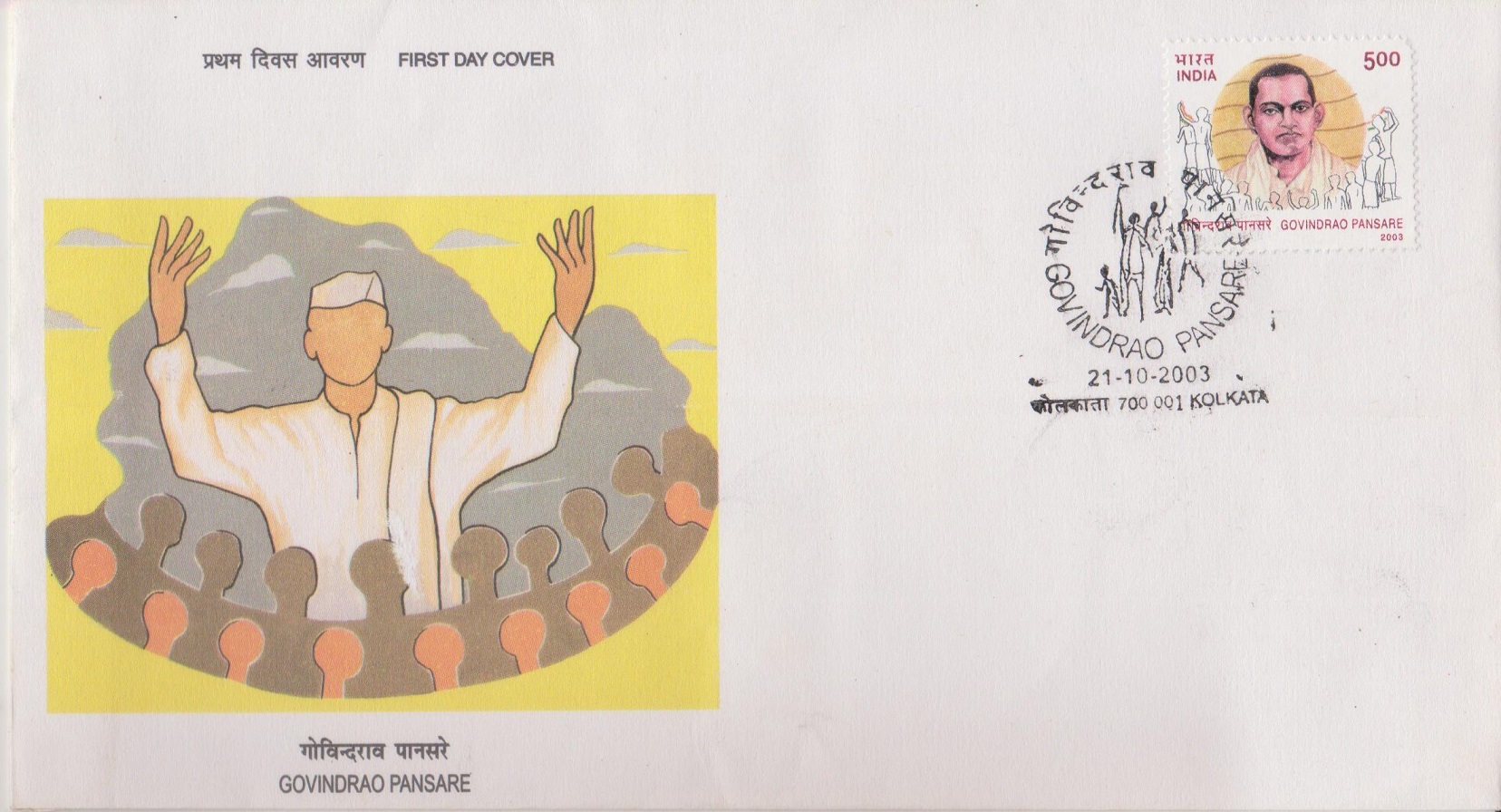 Issued for : The Department of Posts honours the dedication and heroism of Govindrao Pansare by issuing this commemorative postage stamp.