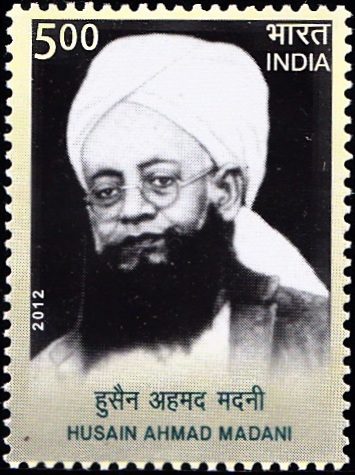 Issued for : Department of Posts is happy to commemorate the contribution of the great scholar, freedom fighter and proponent of Hindu-Muslim unity, Husain Ahmad Madani, by issuing a Commemorative Postage Stamp.