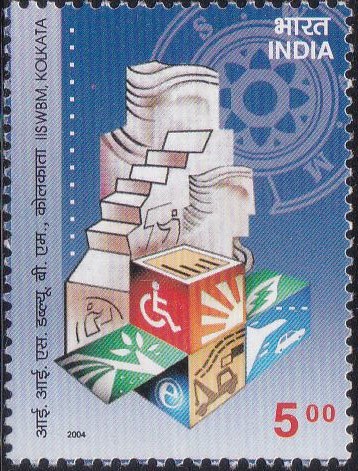 A commemorative postage stamp on 50 years of the IISWBM, Oldest Indian Management Institute : 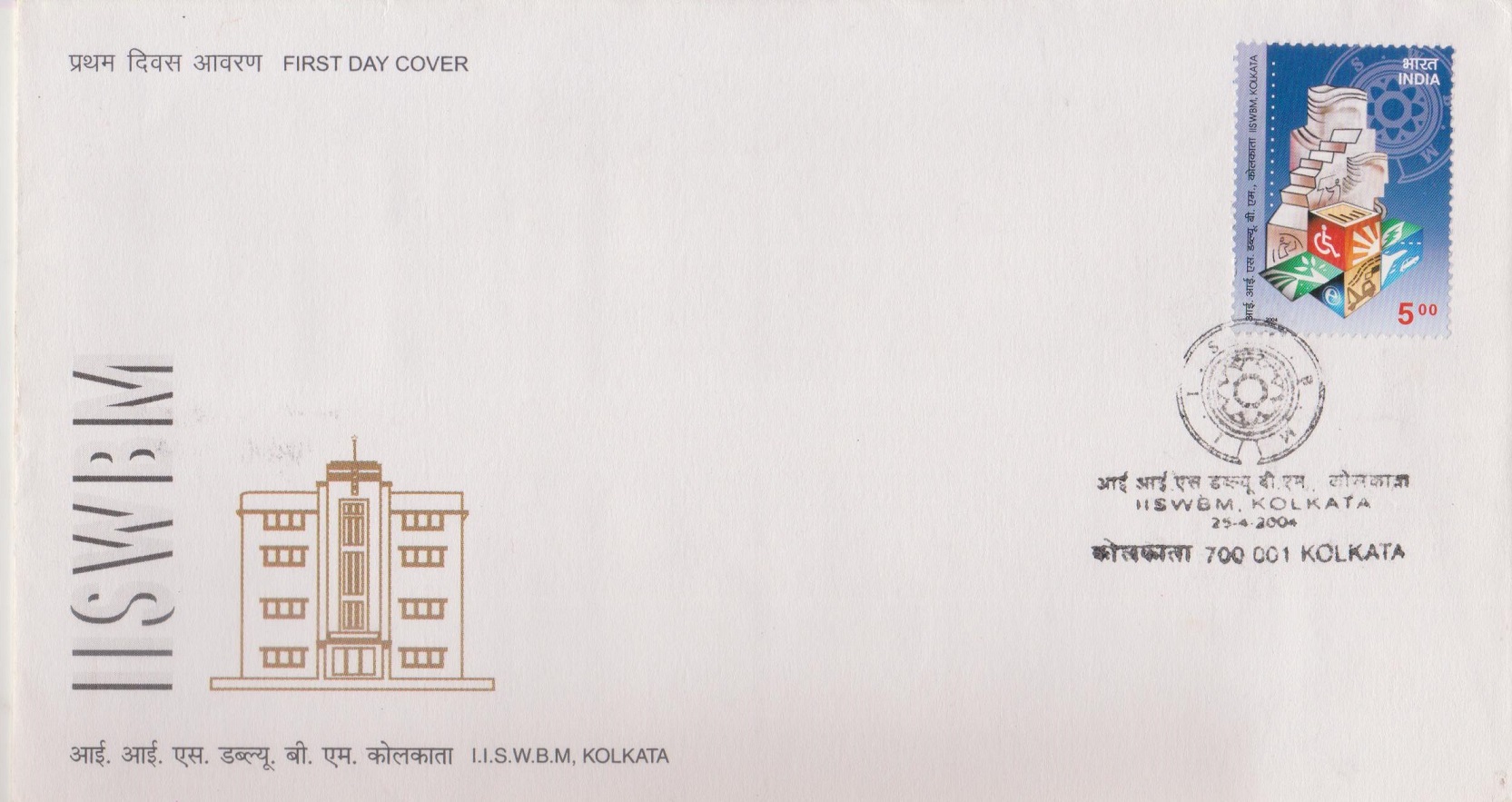 Issued for : Despite the mushrooming growth of management institutes, IISWBM continues with an unsullied image of the oldest of Management Institutes of India imparting education impeccable in quality and exemplary in standard. The Department of Posts honours fifty years of the existence of the Institute through the release of this commemorative postage stamp.

Credits :
Stamp & FDC : Sankha Samanta
Cancellation : Alka Sharma (Based on material given by the proponent)