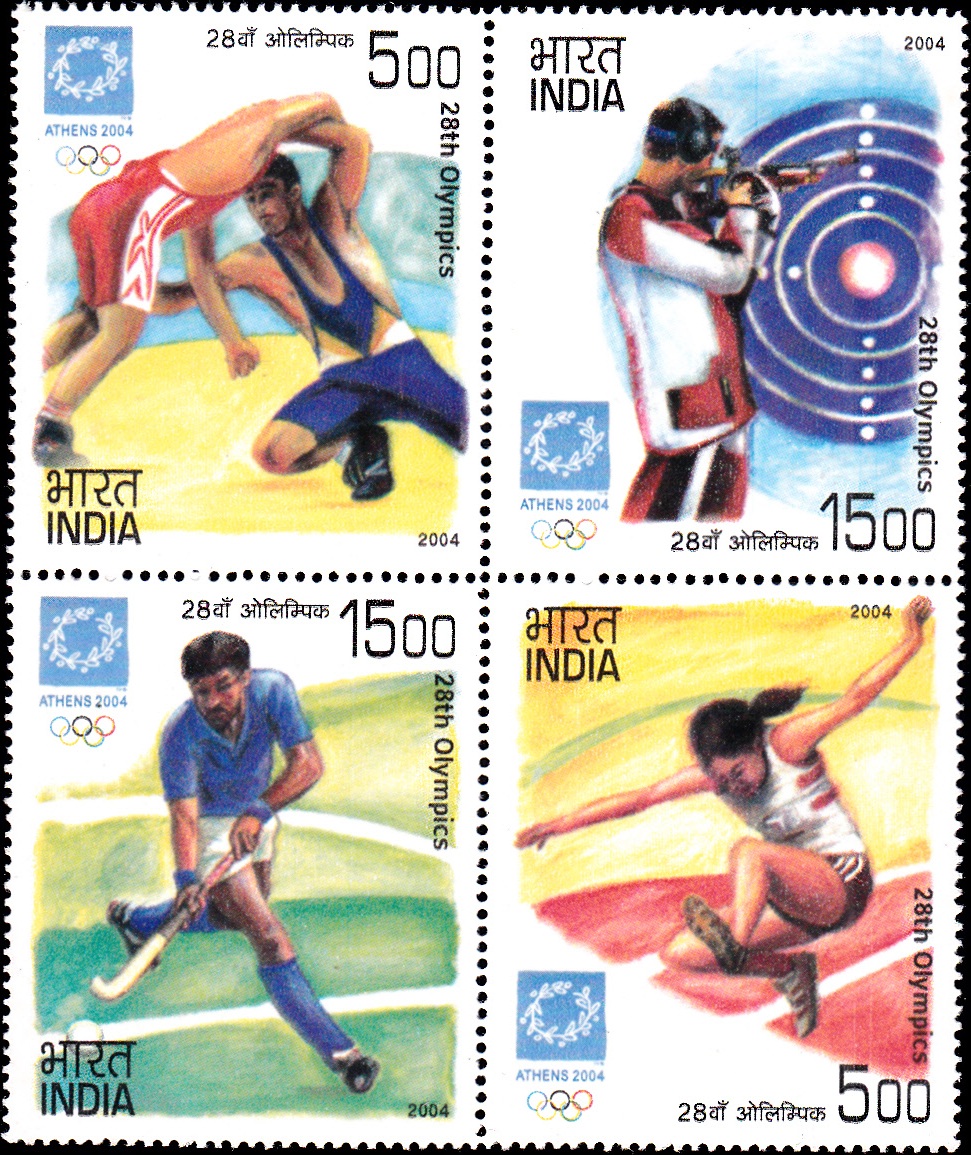 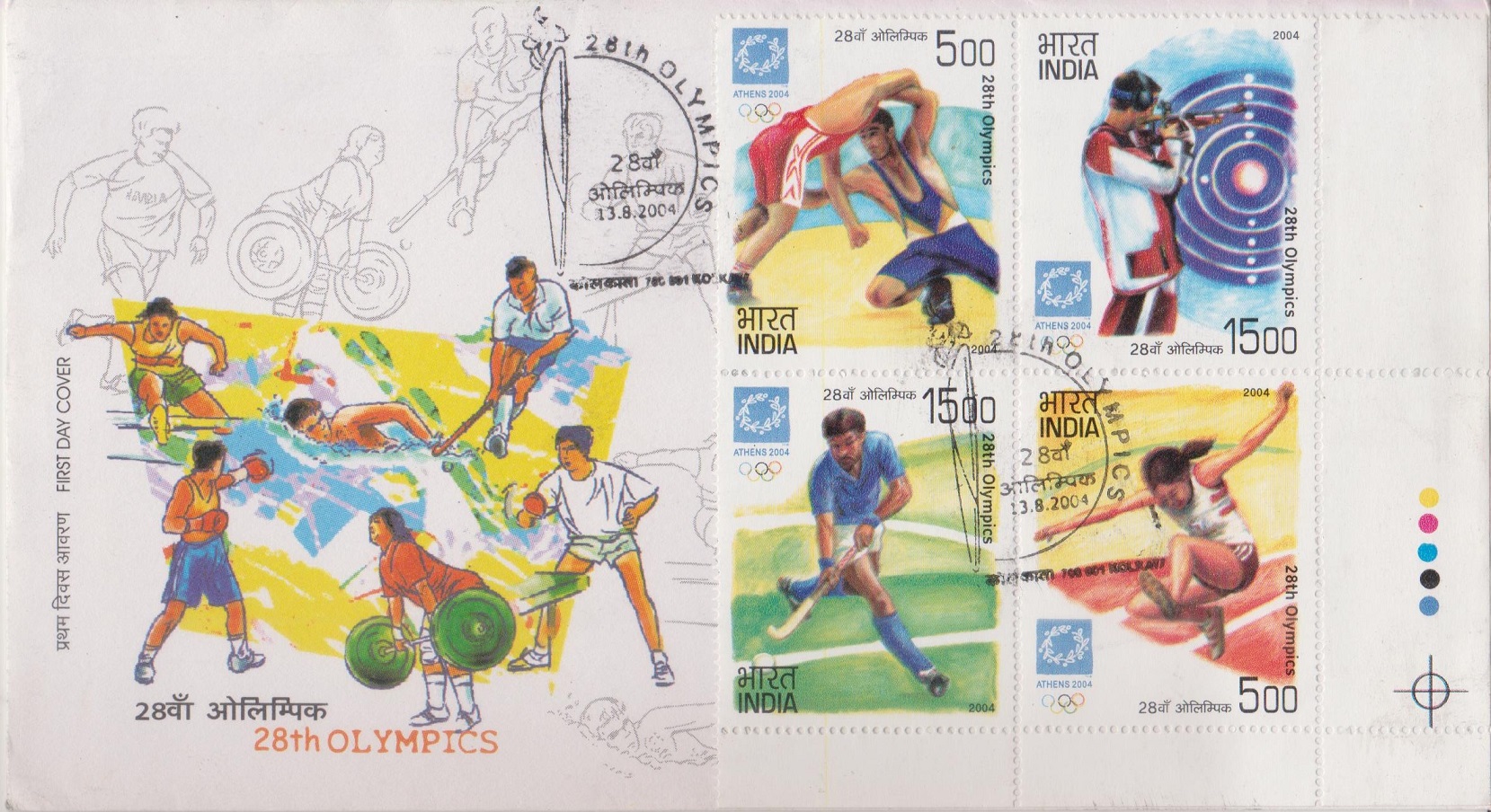 Issued for : The Department of Posts is proud to issue a set of four stamps on the 28th Olympics.

Design : Stamps featuring Olympic themes have been popular with collectors since the first modern Olympic games, when Greece issued 12 commemorative stamps in 1896. Since then many nations have issued stamps on the Olympic Games theme.

To honour the Olympic spirit and to reflect India’s striving towards excellence in sports, four stamps are being brought out by India Post to commemorate the 28th Olympic Games. These stamps feature the disciplines of wrestling (Rs. 5/-), shooting (Rs. 15/-), hockey (Rs. 15/-) and athletics (Rs. 5/-).