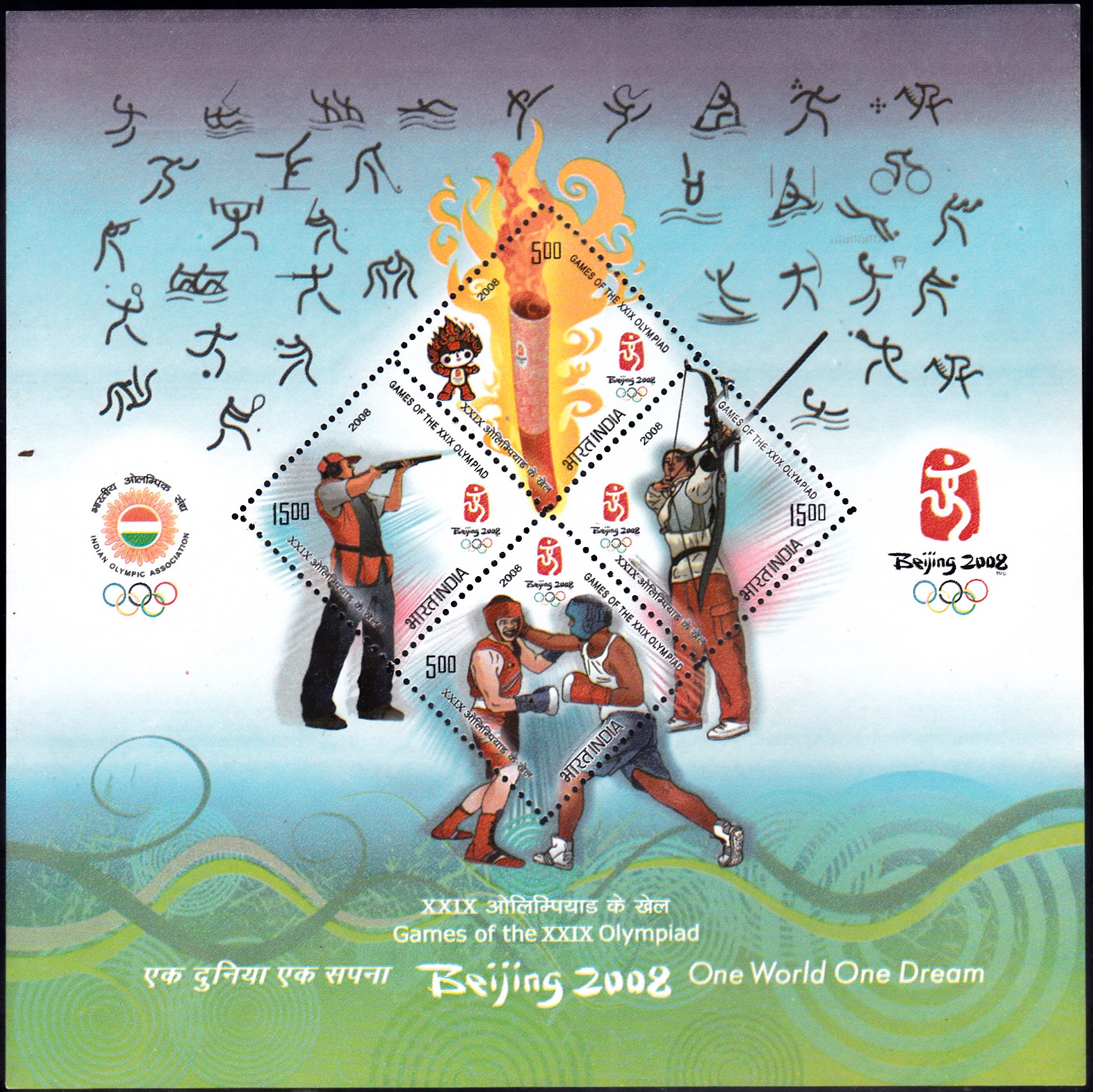 Issued for : India Post is proud to commemorate the Games of the XXIX Olympiad, Beijing 2008 with issue of a set of four beautiful stamps.