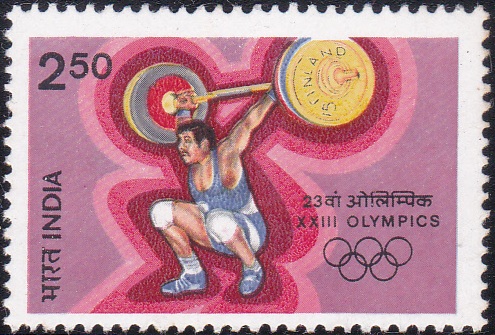 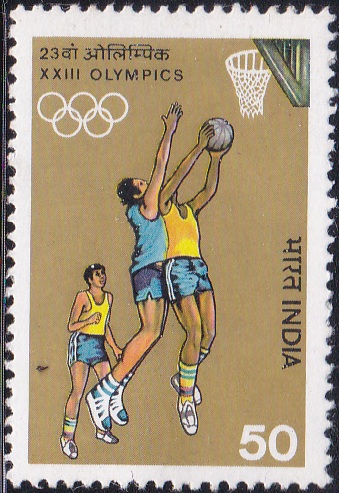 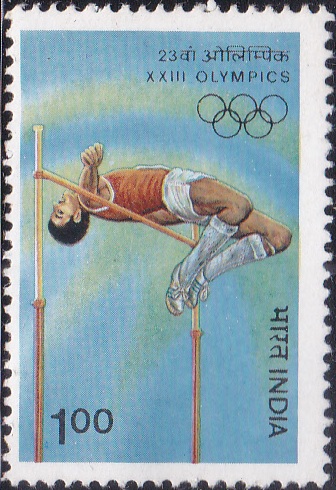 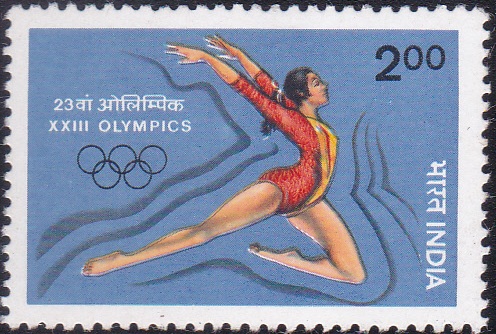 Issued for : The Indian Posts & Telegraphs Department is proud to commemorate India‘s participation in the XXIII Olympics with the issue of these four stamps.

Design : The stamps designed by K.N. Raha show “Basket Ball” on the 50p stamp, ‘Girl doing floor exercises‘ on the 200p stamp and ‘Weightlifting‘ on the 250p stamp. The 100p stamp showing ‘High Jump‘ has been designed by Shashi Kant Jha.