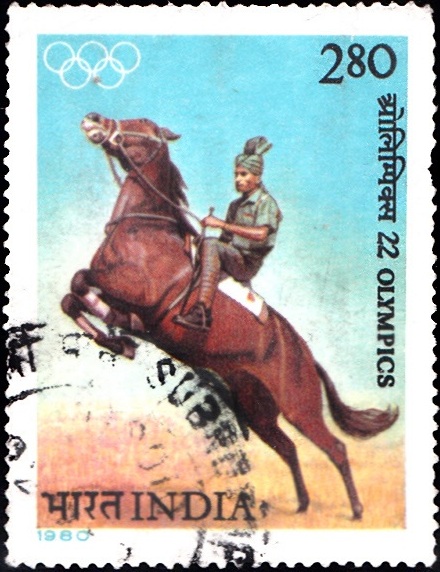 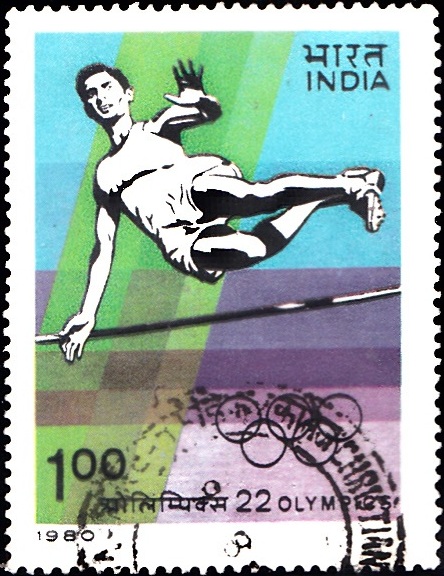 Issued for : Indian Posts & Telegraphs Department is happy to commemorate the XXII Olympics by issuing a set of two stamps.

Description of Design : The 100 paise stamp depicts the athletic event of high jump and the 280 paise stamp shows the equestrian event of show jumping. The design of 280 paise stamp is based on the photograph by courtesy of Director, Remount and Veterinary Services, Army Headquarters.