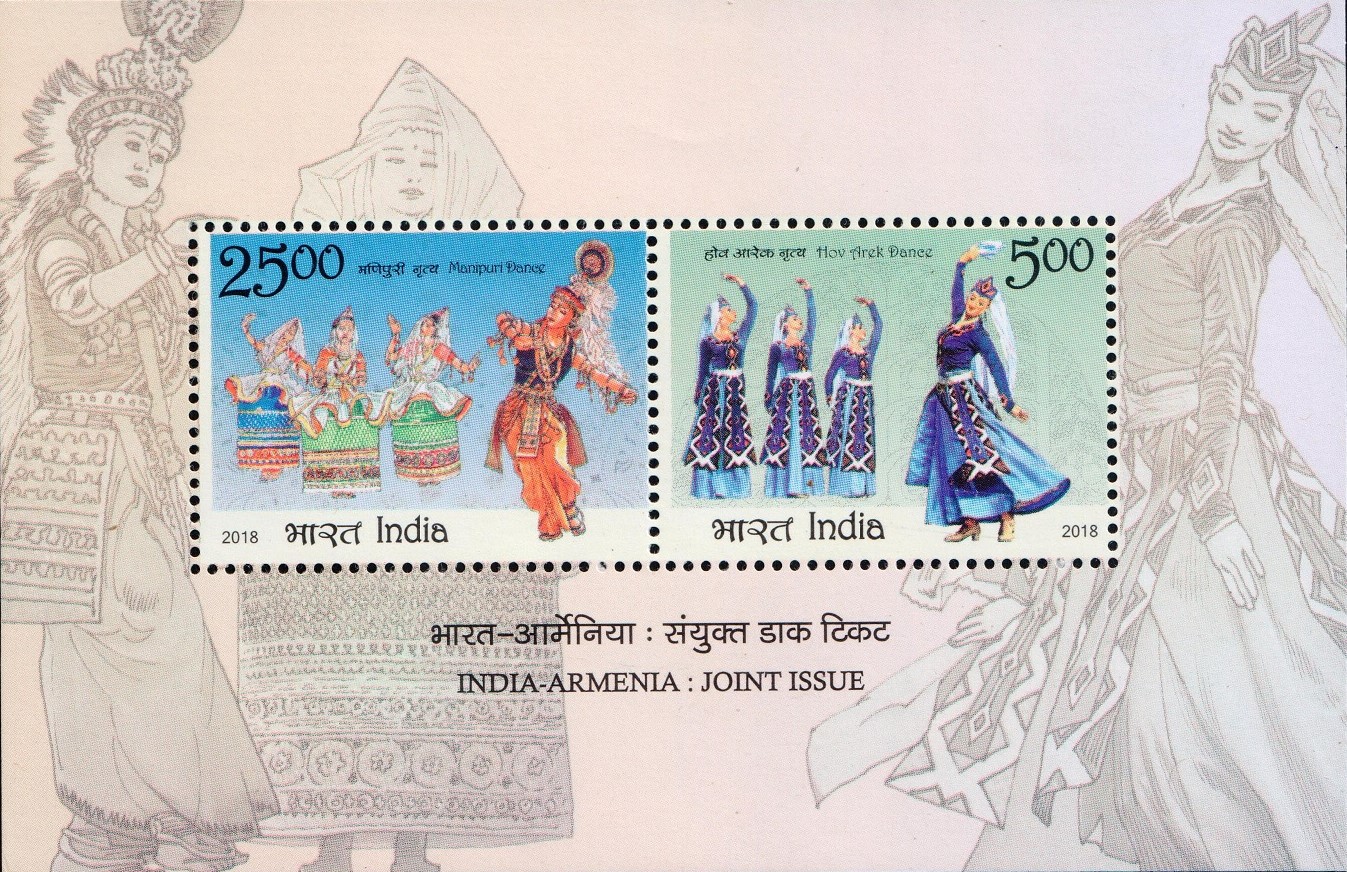 Issued for : Department of Posts is pleased to release a set of two Commemorative Postage Stamps between India and Armenia on the theme Dance featuring ‘Manipuri Dance’ of India and ‘Hov Arek Dance’ of Armenia.