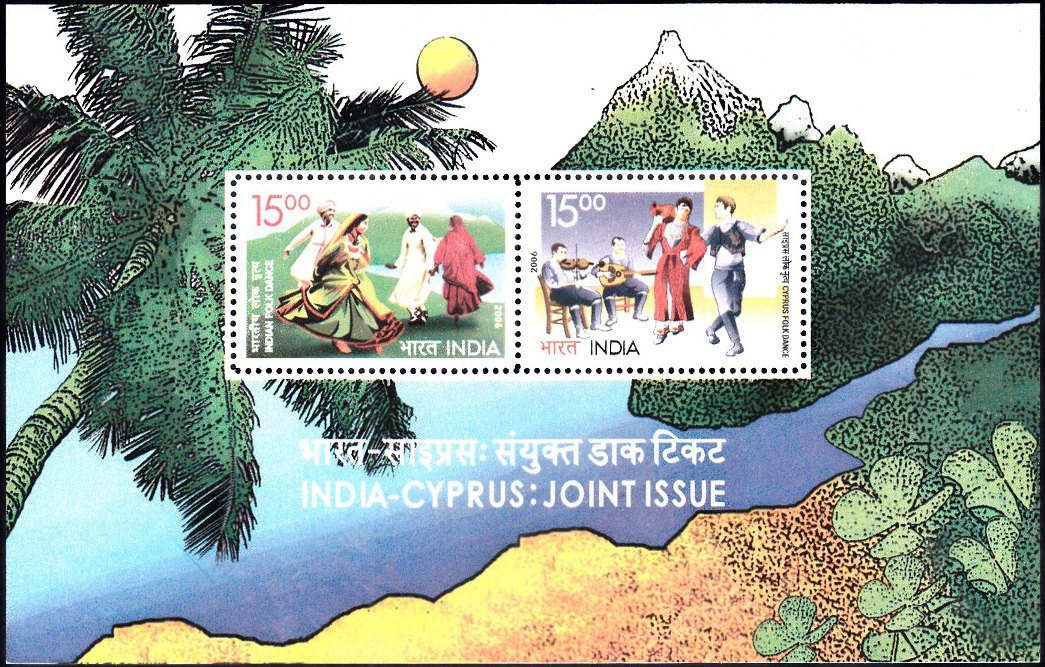 Issued for : The Department of Posts is proud of the robust and multidimensional bilateral relations between India and Cyprus. It commemorates the warm and friendly diplomatic ties with the issue of this set of two stamps.