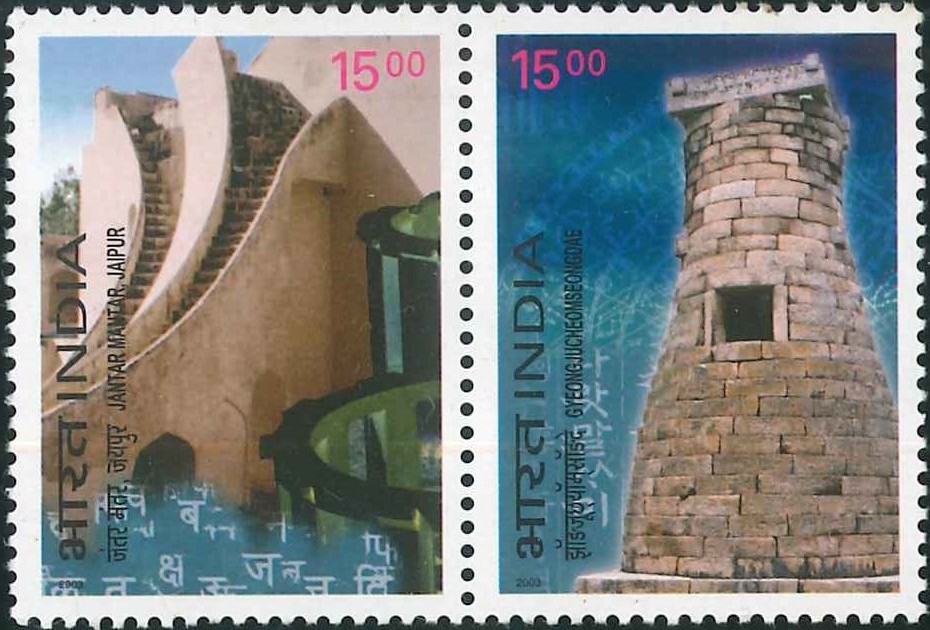 Complete Set of 2 nos of postage stamps on the 30th Anniversary of Diplomatic Relations between India and South Korea : Ancient Observatories :

Issued for : India Post, through the release of this joint issue of stamps, conveys the message of further consolidating its friendship, cooperation and partnership with ROK for the Twenty First century.

Credits :
Stamp & FDC : Bharati Meerchandani based on material obtained from the Postal authorities of ROK and photograph by M.D. Sharma.
Cancellation : Alka Sharma

Number of Stamps per sheetlet :16