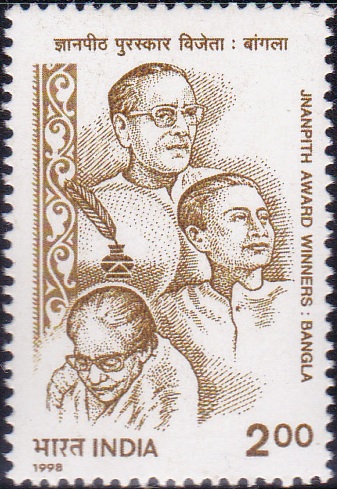 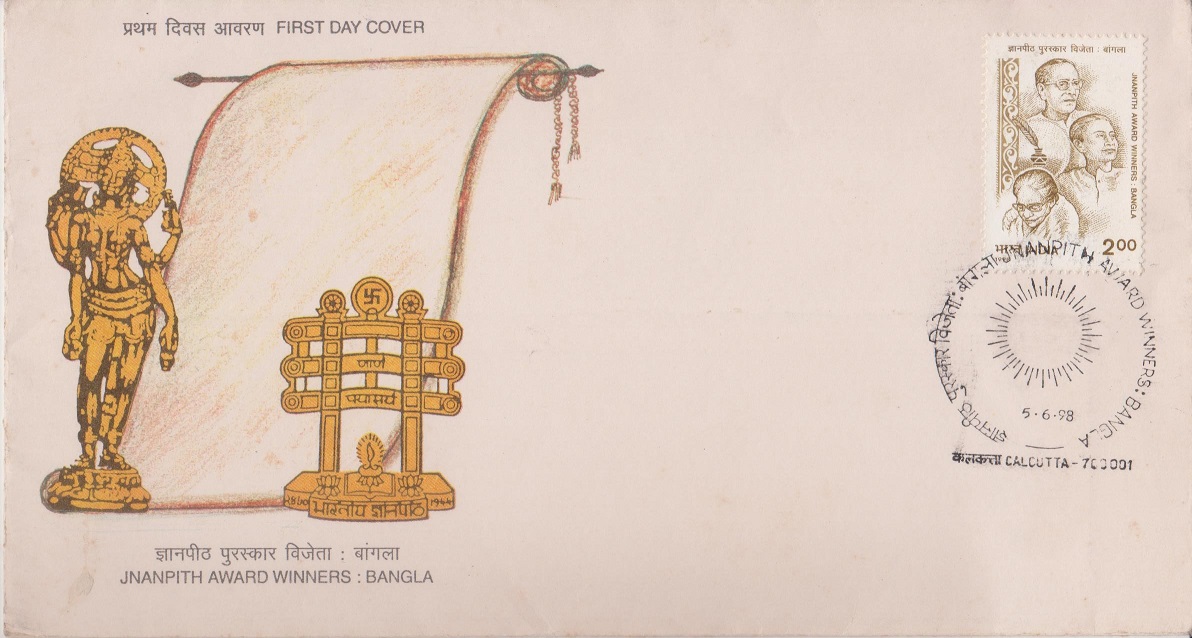 Issued for : The Department of Posts is pleased to issue special commemorative postage stamp in the memory of Shri Bishnu Dey, Shri Tarashankar Bandopadhyay and Smt. Ashapurna Devi.

The annual Jnanpith Literary Award has acquired all round recognition as a dependable symbol of excellence in great Indian literature comprising outstanding literary works in all the 15 languages enshrined in the VIII Schedule of the Constitution of India. Winners of the award over the years have all shared one common quality of being truly creative in their works and reflecting the essence of India‘s cultural Kaleidoscope. This special postage stamp issued by the Department of Posts pays tribute to the three great writers in Bangla for their outstanding contribution to the enrichment of Indian literature. The three Jnanpith Laureates in Bangla depicted in the stamp are (from top to bottom):