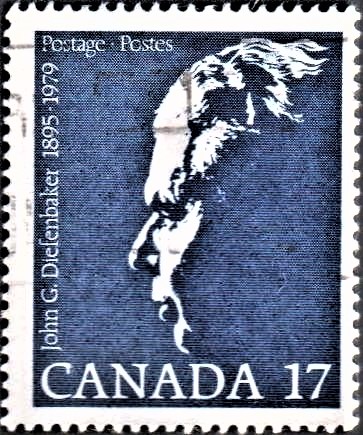 Design : The John Diefenbaker stamp was designed by Ottawa graphic designer Bernard Reilander. The dignified profile portrait drawing of Diefenbaker was based on photographs taken while he was prime minister. Printed in a rich blue, the steel-engraved interpretation of Mr. Reilander‘s original artwork was executed by Yves Baril.