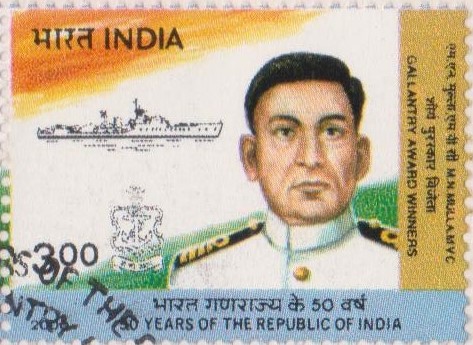 A commemorative postage stamp on Captain Mahendranath Mulla MVC, Captain-Commanding Officer of INS Khukri of Indian Navy, posthumously received Maha Vir Chakra after he died in 1971 Indo-Pakistani War [a part of the series ‘50 Years of the Republic of India : Gallantry Award Winners‘] : 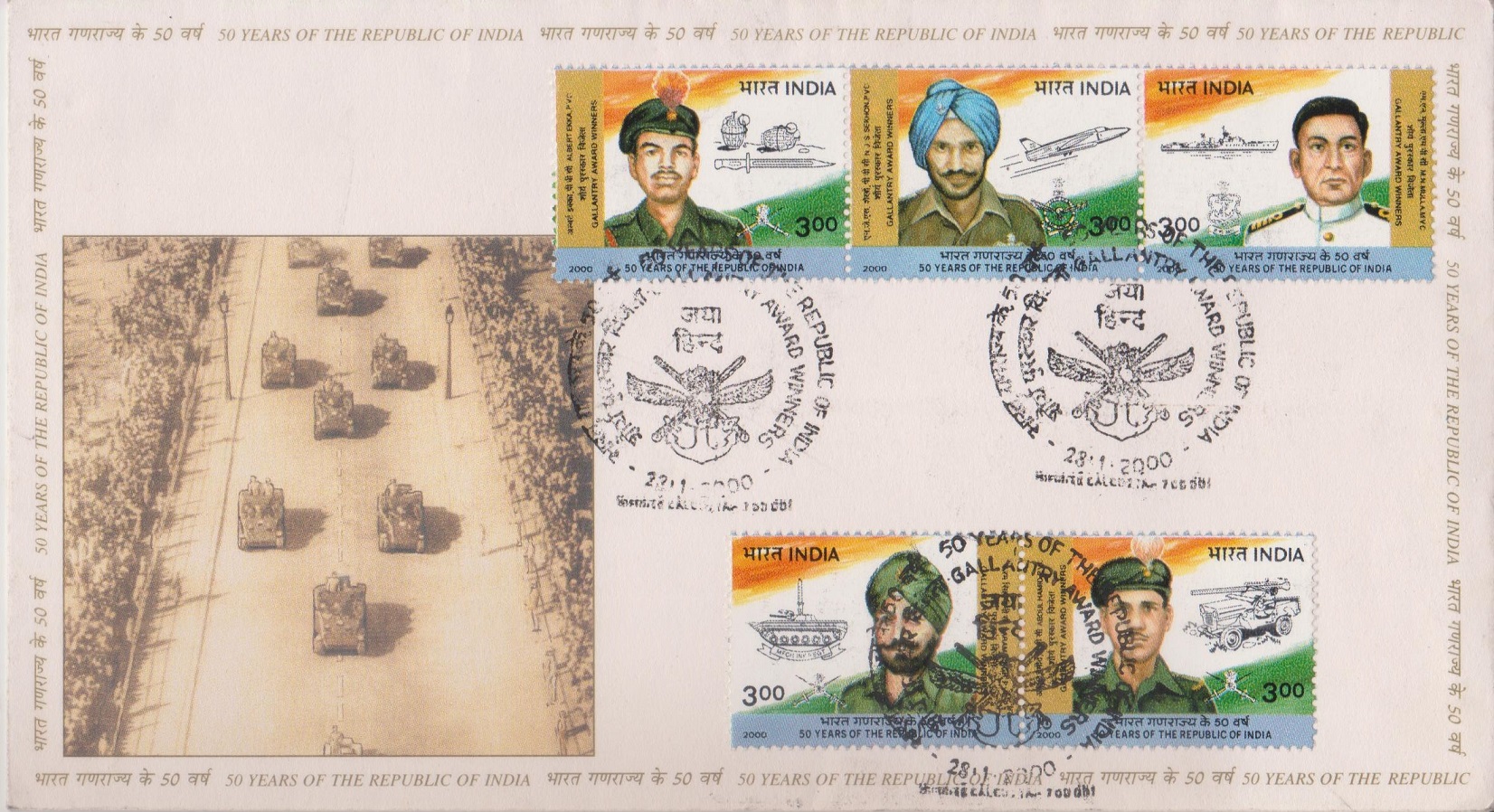