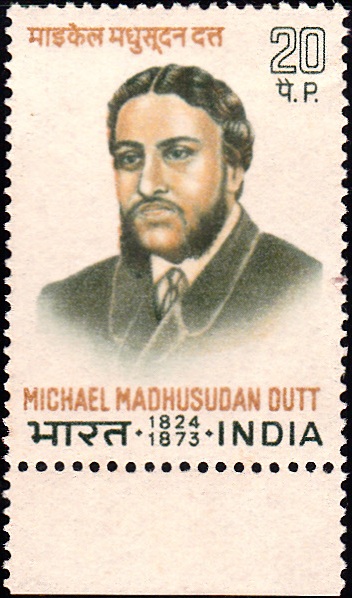 A commemorative postage stamp on the Death Centenary of Michael Madhusudan Dutta, an Indian Bengali poet and dramatist, a pioneer of Bengali drama [a part of the series ‘Centenary Stamps Series‘] :

Description of Design : The stamp is vertical and depicts the portrait of the personality.