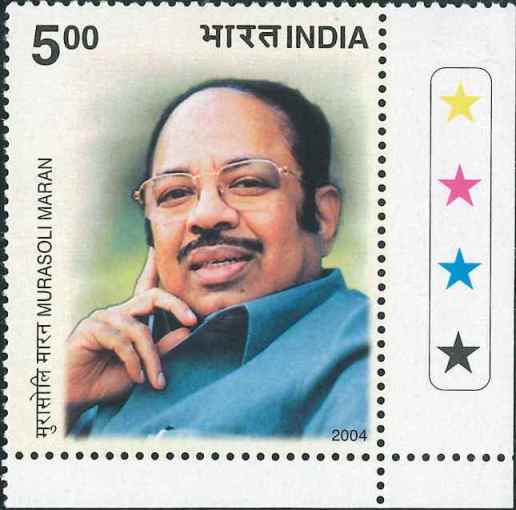 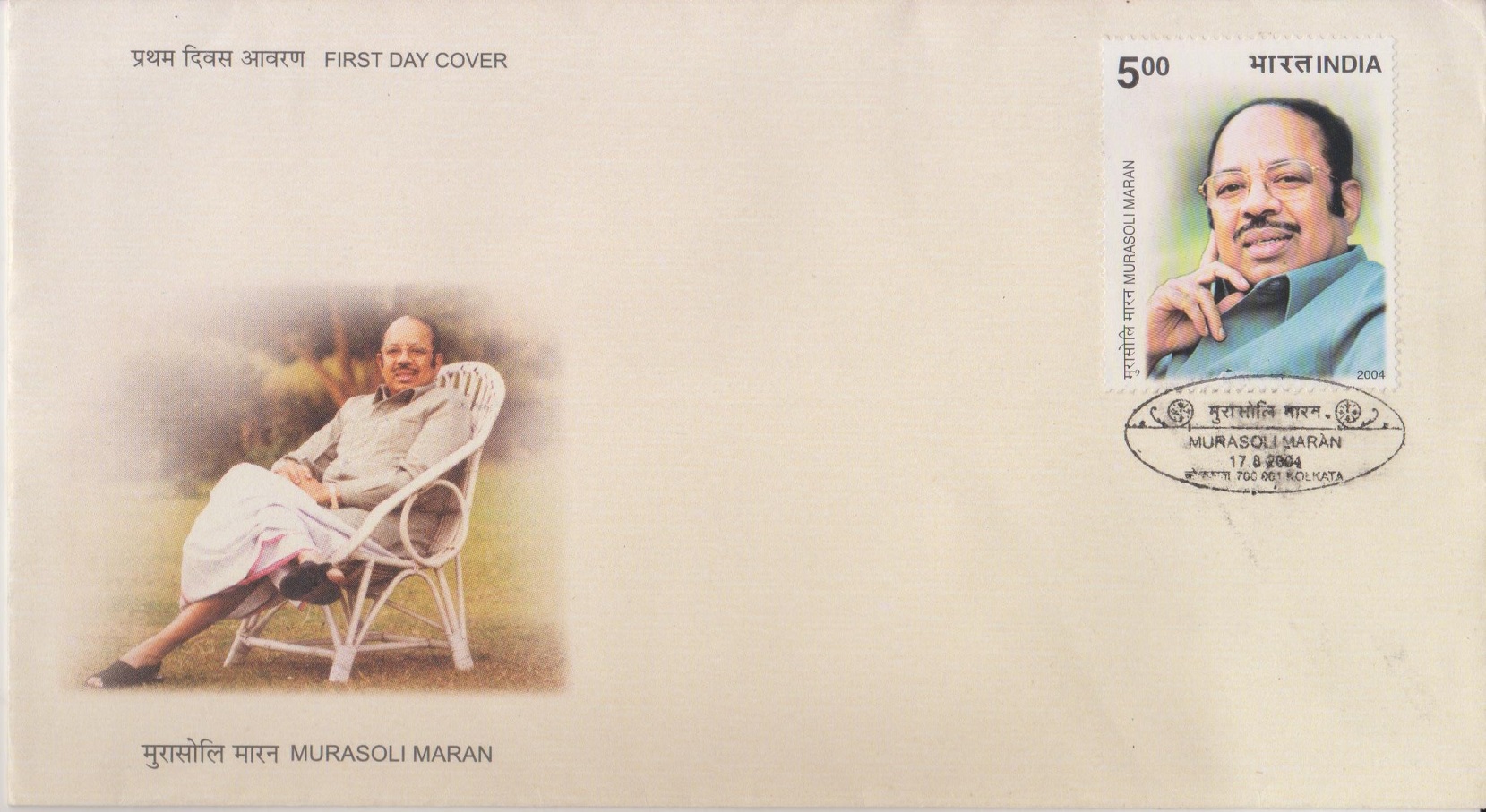 Issued for : The Department of Posts honours the life and works of Thiru. Murasoli Maran through the issue of a commemorative postage stamp.