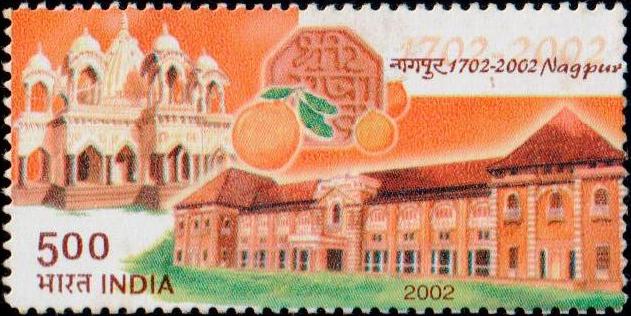 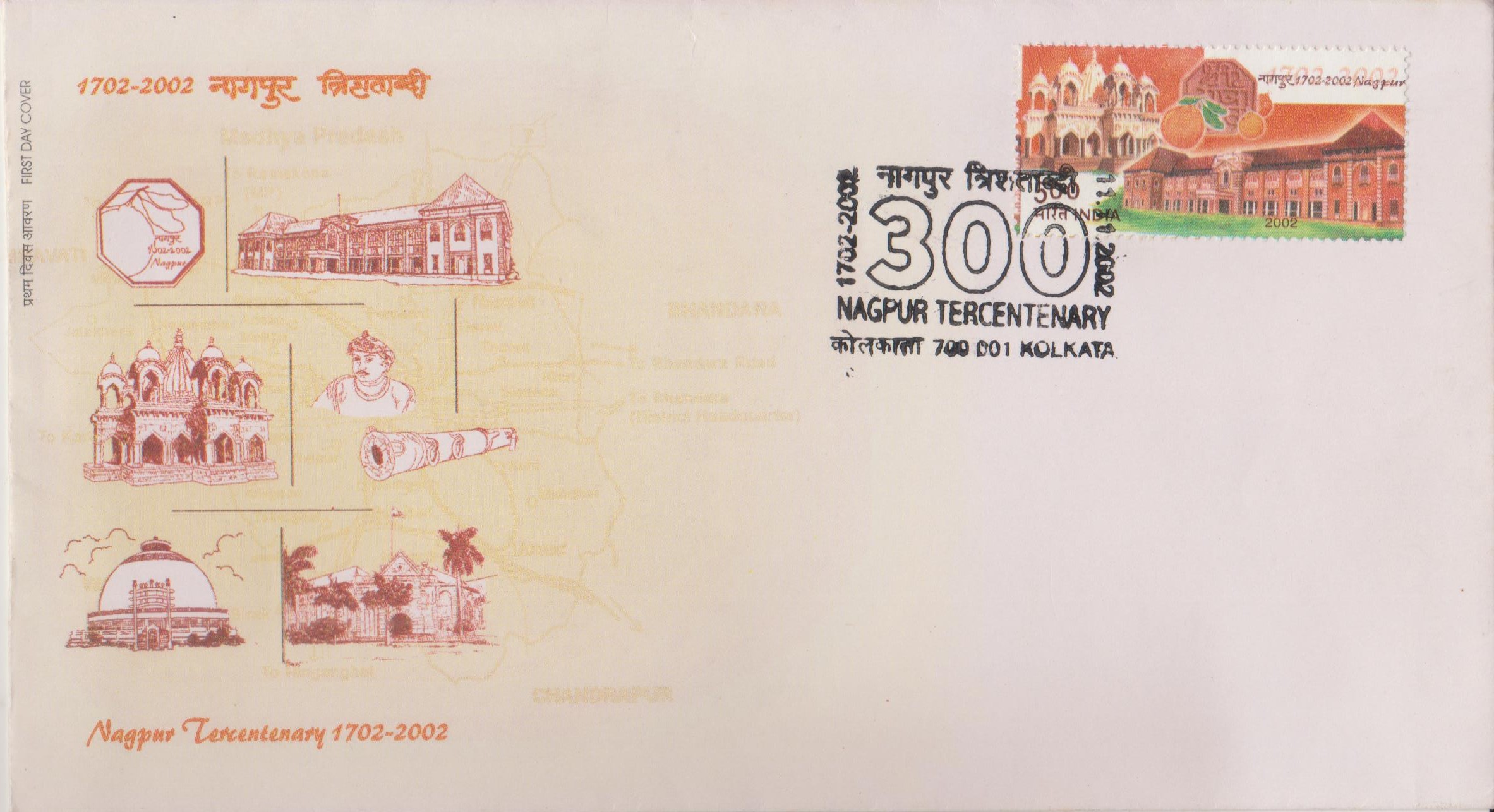 Issued for : Nagpur, the small settlement started in 1702 by Bakht Buland Shah by integrating twelve nondescript hamlets of Rajapur–Barsa, is today a sprawling urban centre with a population of 2.2 million. It is an important commercial and industrial centre and ranks among the 15 largest cities of India. The Department of Posts joins the tercentenary celebrations of Nagpur with the issue of a commemorative stamp.

Design : The design of the stamp, while depicting two landmarks of Nagpur, namely, the Vidhan Bhavan and the Samadhi of Raghuji Bhonsle, also elaborates on the theme of “The Orange City of India” by which epithet it is widely known. The stamps are brought out in the form of a sheetlet, which also carries a portrait (an artist’s impression) of Bakht Buland. A collage of images relating to the city features on the First Day Cover.

Number of stamps per sheetlet : 12