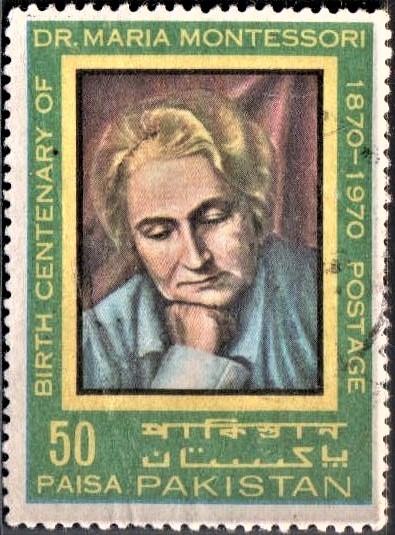 Complete set of 2 nos. of commemorative postage stamp on the Birth Centenary of Dr. Maria Montessori, acclaimed for her educational method for children : 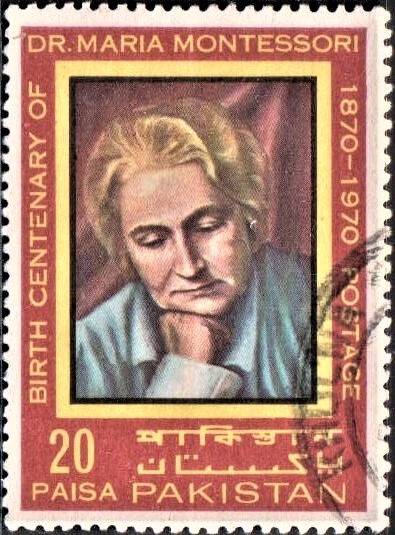 Design : The format of the stamps is vertical. The portrait of Dr. Maria Montessori forms the subject of both the values. In the 20 Paisa stamp, the portrait is enclosed in red border while in 50 Paisa stamp it is in green border. The caption “BIRTH CENTENARY OF DR. MARIA MONTESSORI 1870-1970″ the words “Postage”, and “Pakistan” in Bengali, Urdu and English appear in yellow colour in both the values. The value “20 Paisa” and “50 Paisa” also appear in yellow in the lower left corner.

Died on May 6, 1952 at Noordwijk, South Holland, Netherlands