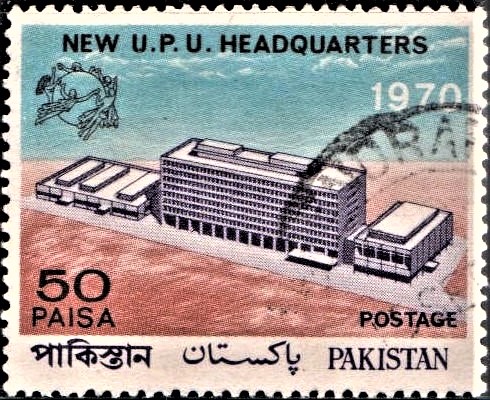 Complete set of 2 nos. of commemorative postage stamp on the opening of new Universal Postal Union building at Berne : 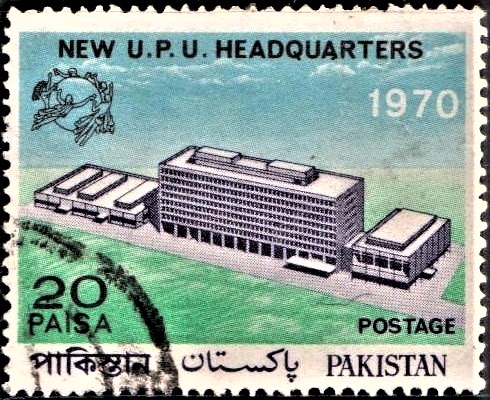 Issued for : The opening of the Universal Postal Union’s new building at Berne (Switzerland) will take place on Wednesday the 20th May, 1970. To commemorate the occasion, Pakistan Post Office is issuing a set of two postage stamps of 20 Paisa and 50 Paisa denominations on 20th May, 1970.

Design : The stamps are horizontal in format. The new building of the Universal Postal Union Headquarters form the main feature of the design and covers the central part of the stamps. The colour of building is Mauve in both the denominations of the stamp. The words ‘NEW UPU HEADQUARTERS’ are printed in black against blue sky. The symbol of the UPU appears on top left corner in black outlines. The year ‘1970’ is shown in reverse in blue sky on top right corner.

The ground is green in 20 Paisa stamp and brown in 50 Paisa stamp. Rest of the features are common to both the values. The value and the words ‘PAISA’ are in black in the foreground in the left corner and the word ‘POSTAGE’ appears in mauve in lower right corner. The words ‘PAKISTAN‘ in Bengali, Urdu and English are printed in mauve colour in the bottom white strip.