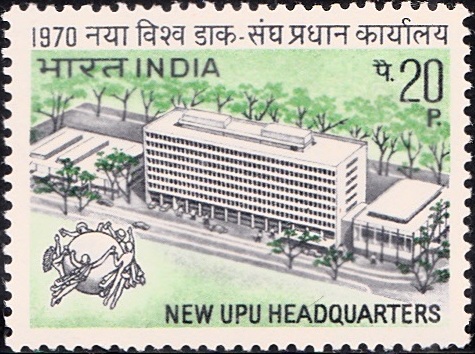 Issued for : India had taken active interest in the work of this Union as a member of the two organs, namely, the Executive Council and the Management Council of the Consultative Committee for the Postal Studies, India has contributed to the work of the Union. The Indian Posts and Telegraphs Department is, therefore, happy to commemorate the inauguration of the new building by the issue of a postage stamp. The stamp , depicts a sketch of the new headquarters along with the symbol of the Universal Postal Union.

Description of Design : The design of the stamp is horizontal and depicts a picture of the new Building of the Headquarters of the Universal Postal Union at Berne (Switzerland) along with the symbol of the U.P.U.