Pakistan on Regional Co-operation for Development 1971 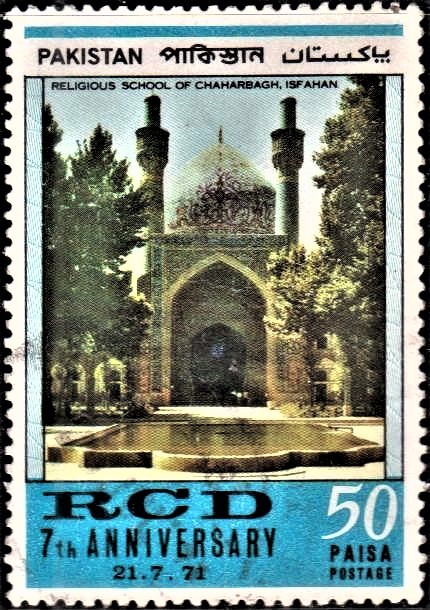 Complete set of 3 nos. of commemorative postage stamp on the 7th Anniversary of the RCD : Masterpieces of Islamic Architecture : Ottoman, Mughal and Safavid : 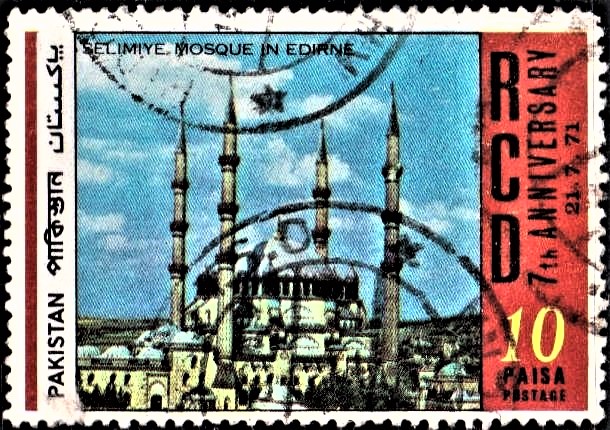 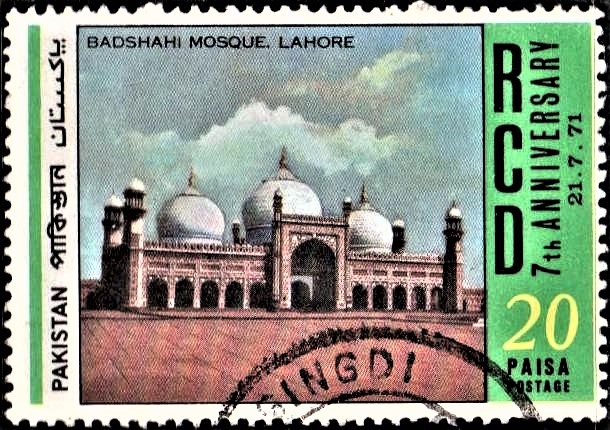 Design :
10–Paisa : The format of the stamp is horizontal. The stamp depicts the Selimiye Mosque in Edirne (Turkey) with the name of the mosque written on the top left in black. On the right there is a red panel which bears the caption “R.C.D. 7th Anniversary 21-7-1971” and the words “Paisa” and “Postage” in black. The denomination is in yellow colour. The white space in between the small red strip on the left and the illustration on the right bears in black the word “Pakistan” in English, Bengali and Urdu.

20-Paisa : The format of the stamp which depicts the Badshahi Mosque, Lahore (Pakistan) is horizontal. The lay-out is similar to that of 10-Paisa stamp with the exception that the colour of the panel on the right and the small strip on the left is green. The name of the mosque appears in black in the top left corner.

50-Paisa : The format of the stamp which depicts the Religious School of Chaharbagh in Isfahan (Iran) is vertical. The words “R.C.D. 7th Anniversary 21-7-1971”, “Paisa” and “Postage” are placed in the blue panel at the bottom in black. The denomination appears in the same panel in reverse. The word “Pakistan” in English, Bengali and Urdu appears just below the blue strip on the top of the stamp. The name Religious School of Chaharbagh, Isfahan appears in black letters on the left at the top of the motif. This stamp bears two additional strips in blue on the right and left side of the motif.

Quantity printed : 10,00,000 pieces of each denominations