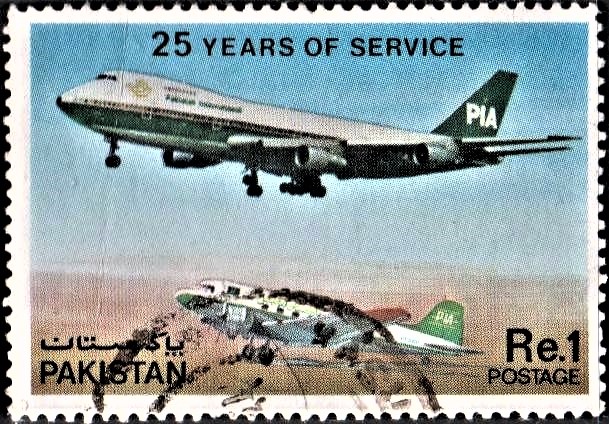 A commemorative postage stamp on the Silver Jubilee of the PIA Service :

Issued for : To commemorate 25 years of PIA service, Pakistan Post Office is issuing a postage stamp of Re 1 denomination on 10th January 1980.