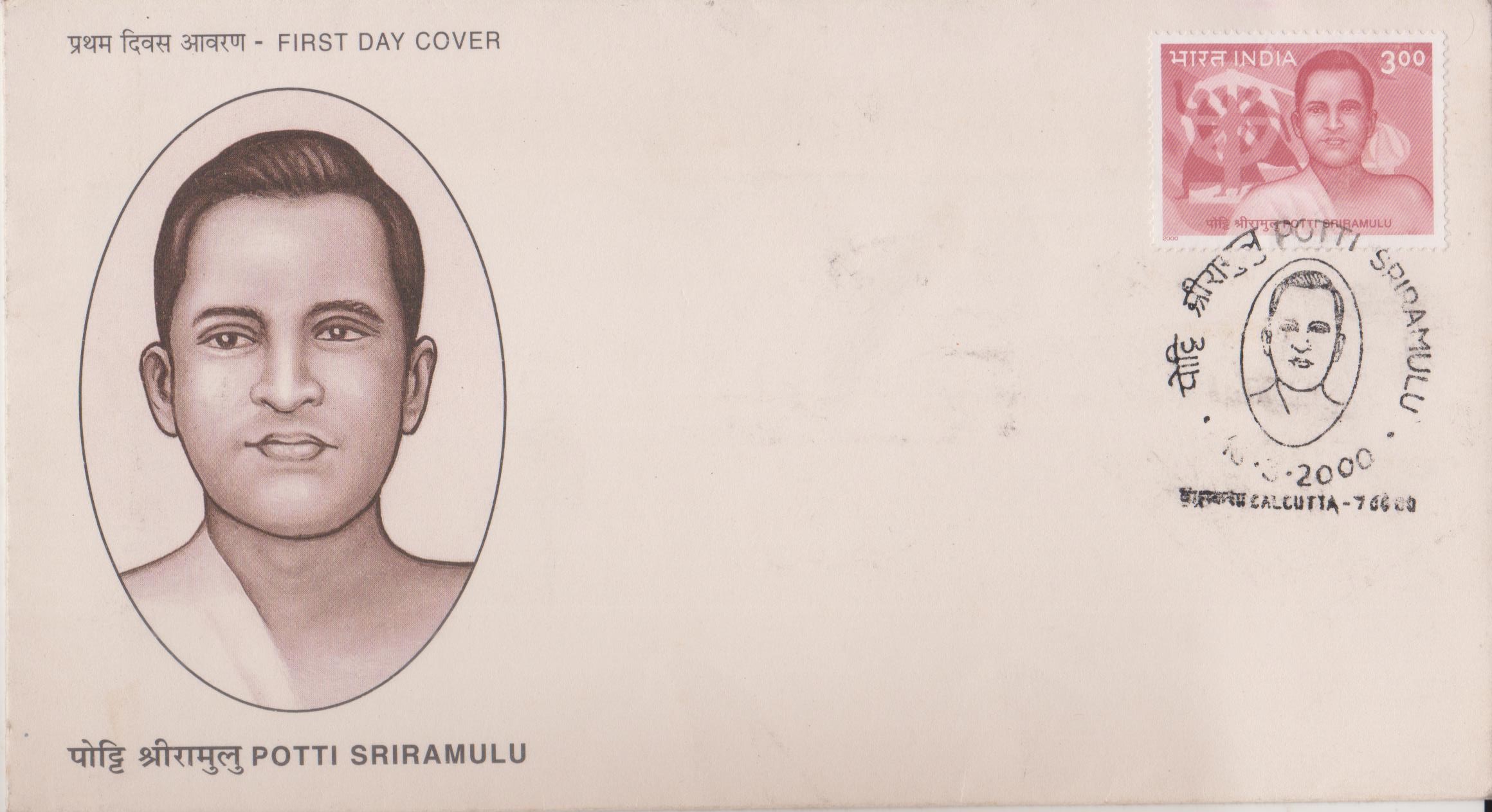 A commemorative postage stamp on the Birth Centenary of Amarajeevi Potti Sreeramulu, famous for undertaking a hunger strike in 1952 in support of formation of separate state (Andhra Pradesh) for Telugu-speaking population of Madras Presidency :

Issued for : The Department of Posts is happy to issue a commemorative stamp in honour of this great leader.