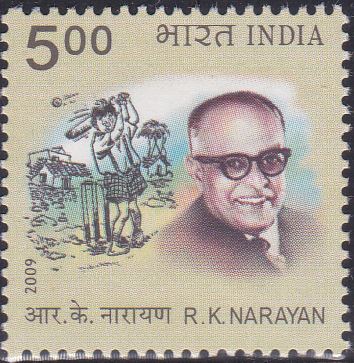 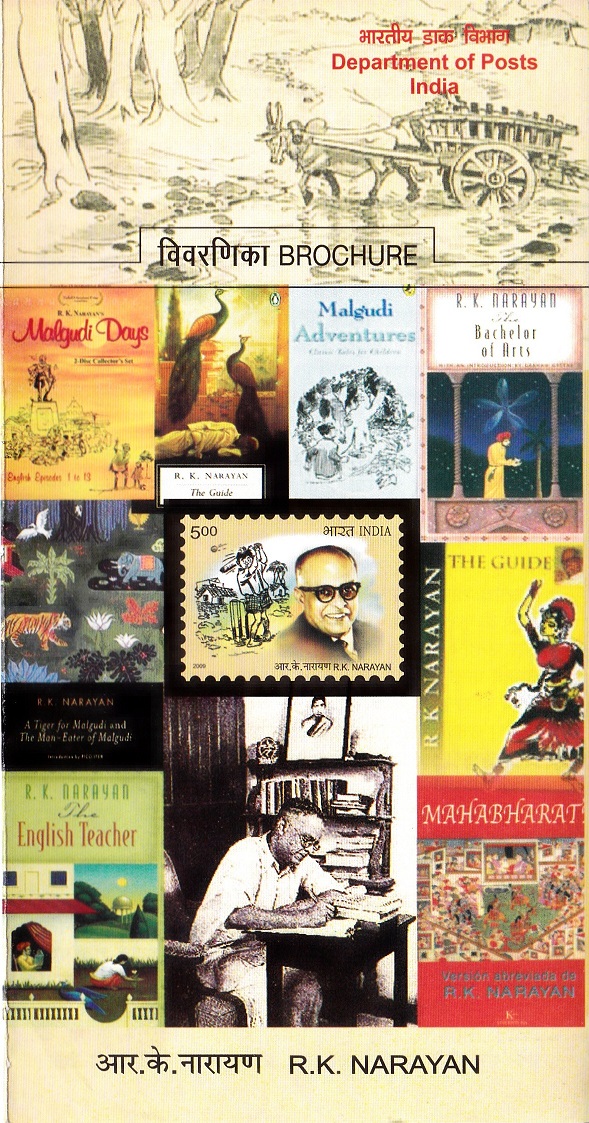 Issued for : The Department of Posts is proud to issue a commemorative postage stamp on R. K. Narayan.

Credits :
Stamp & FDC : Sankha Samant.
Special thanks to Shri R.K. Laxman for permitting the use of his sketches and paintings.
Cancellation : Alka Sharma