A commemorative postage stamp on the 1000th Birth Anniversary of Ramanuja, an Indian theologian, philosopher and exponent of Sri Vaishnavism (Vishishtadvaita Vedanta) tradition within Hinduism : 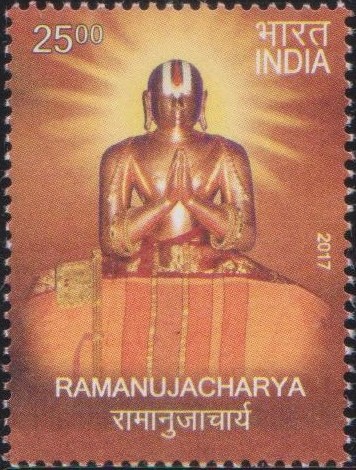 Issued for : Department of Posts is pleased to release a Commemorative Postage Stamp on Ramanujacharya on the occasion of his 1000th birth anniversary.