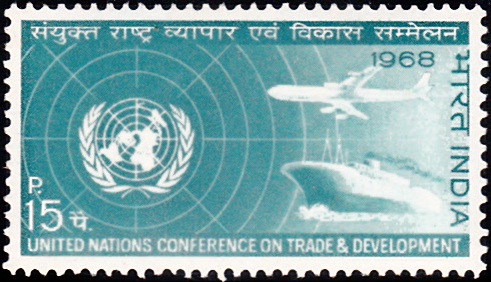 Issued for : India is proud to play host to this great international meeting and the P&T Department is happy to celebrate the occasion by issuing a special postage stamp to mark the inauguration of the Conference.