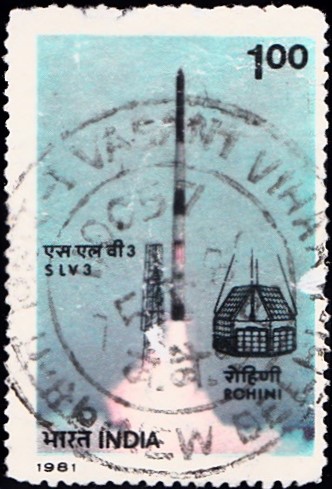 A commemorative postage stamp on the Launch of ‘SLV 3’ Rocket with ‘Rohini’ Satellite :