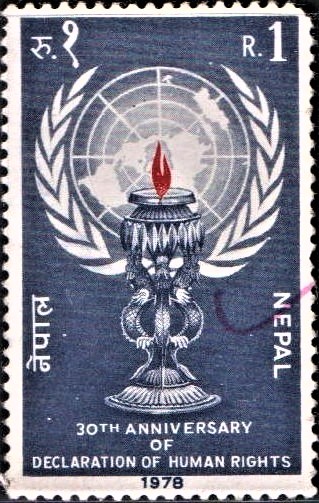 A set of two commemorative postage stamps on the 30th Anniversary of Universal Declaration of Human Rights (UDHR), adopted by the UN General Assembly in 1948 in Paris, France : 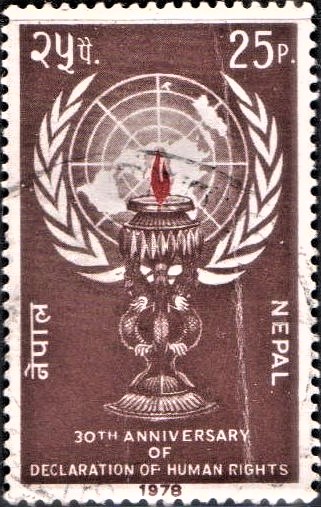