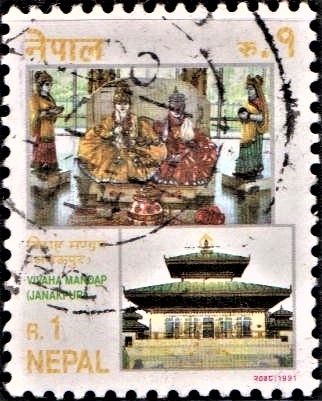 A commemorative postage stamp on the Ram Janaki Biwaha Mandap :

Design : The present postage Stamp depicts the picture of the Vivaha Mandap and the idols of Rama–Janaki placed in it.