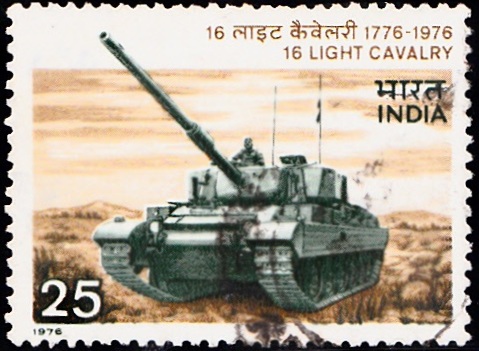 A commemorative postage stamp on the Bicentenary of the 16th Light Cavalry, a regiment of the Indian Army Armoured Corps :

Issued for : To mark its bicentenary, the President of India is presenting new colours to this famous Regiment on 4th March, 1976. The P and T Department is happy to commemorate this occasion by issuing a special postage stamp depicting a Vijayanta tank manufactured in India.