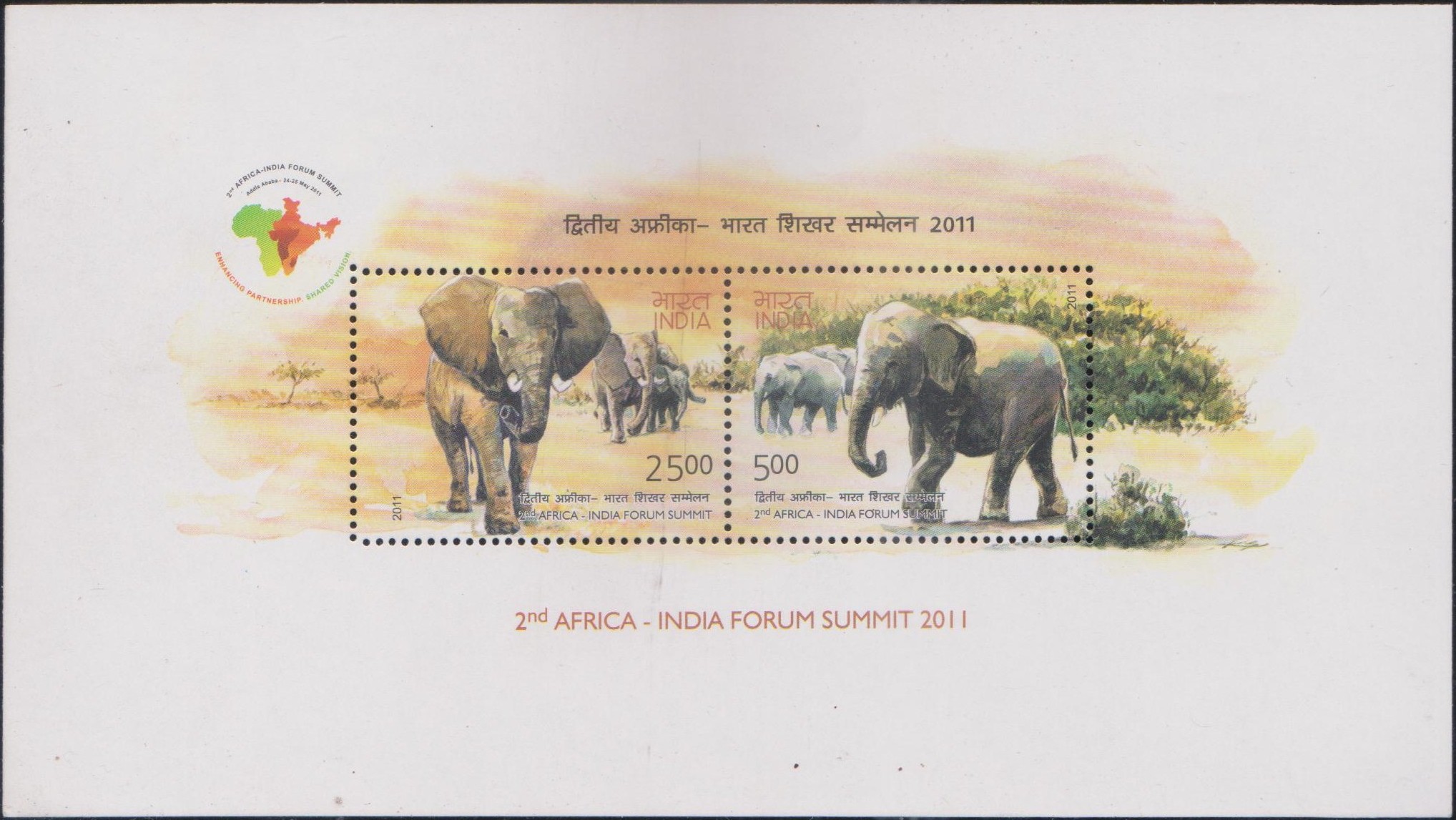 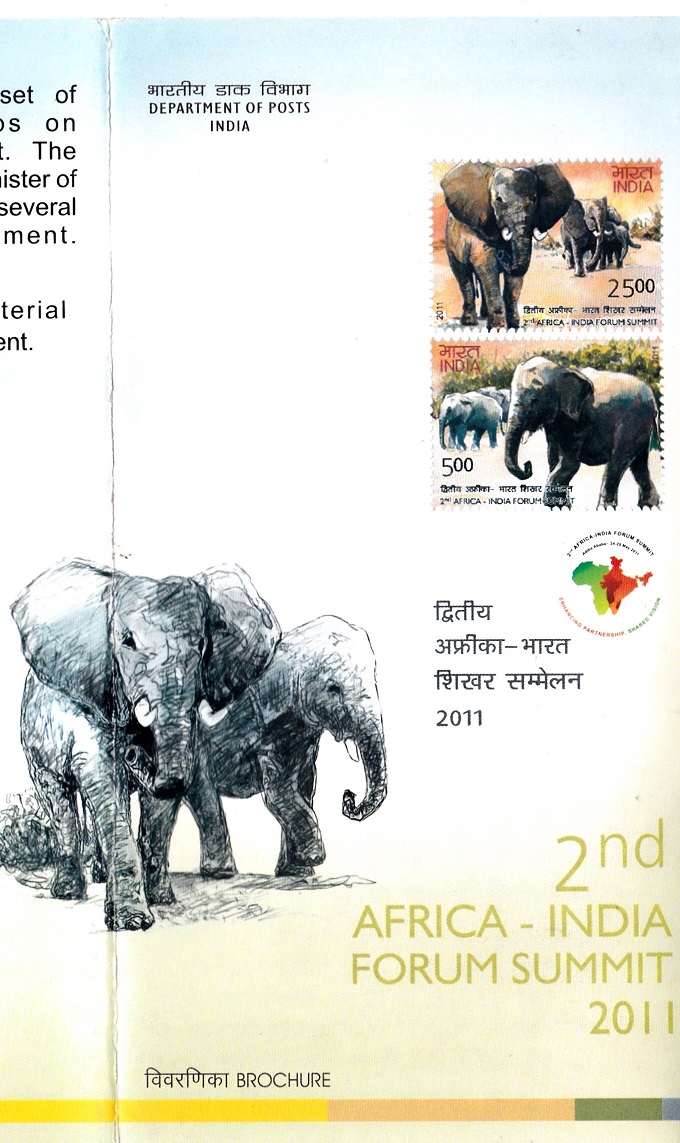 Issued for : India Post is happy to issue set of commemorative postage stamps on the 2nd Africa–India Forum summit. The stamp is being released by the Prime Minister of India on 25th May 2011 in the presence of several African Heads of State/Government.