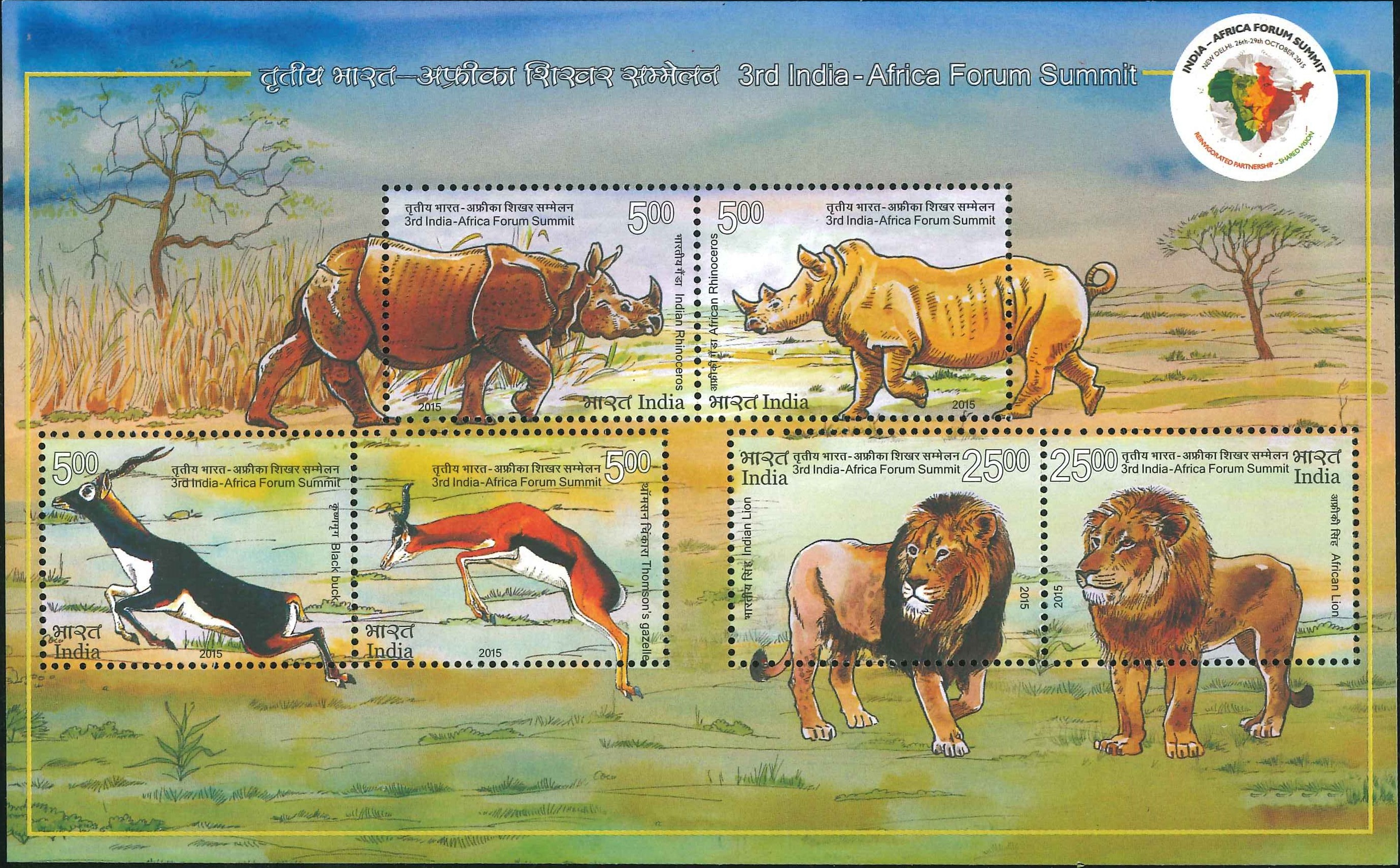 Issued for : Department of Posts is pleased to release a Commemorative Postage Stamp on the occasion of the 3rd India–Africa Forum Summit.