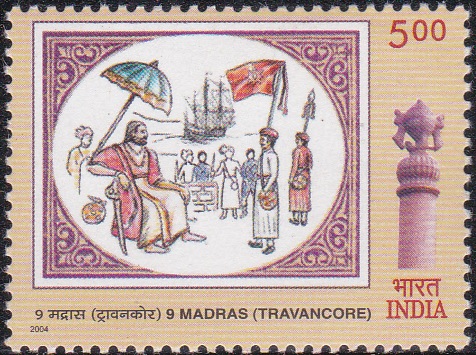 A commemorative postage stamp on 300 years of the 9th Battalion of the Madras Regiment (Travancore), oldest extant unit in the Indian Army : 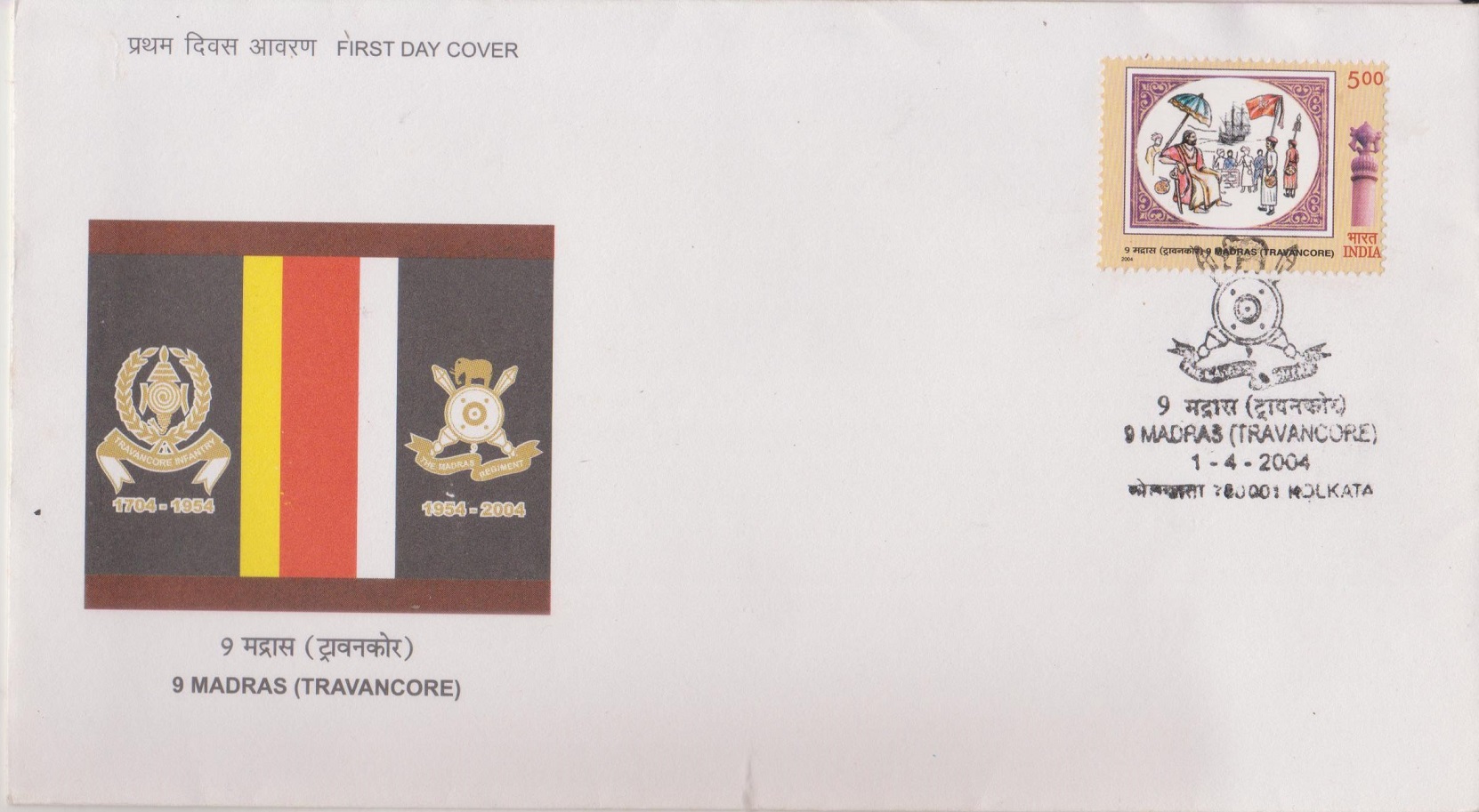 Issued for : Three hundred years of the existence of the 9th Battalion of the Madras Regiment (Travancore) have witnessed a vast and glittering panorama of gallantry and selfless service to the nation. The Department of Posts is proud to commemorate the tercentenary of this glorious Battalion through the release of this commemorative postage stamp that depicts a scene after the historic Battle of Colachal.