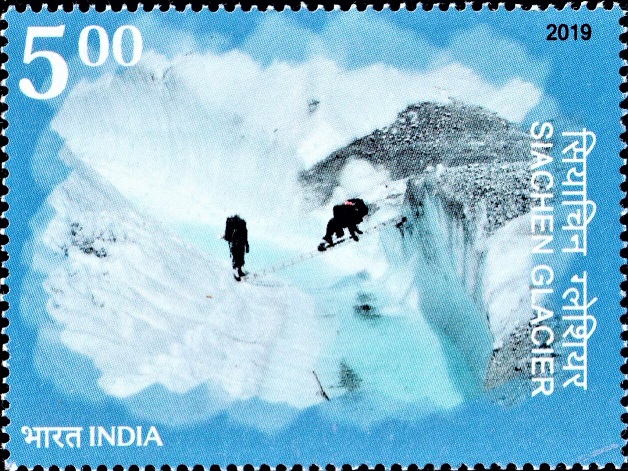 A commemorative postage stamp on the Indian soldiers who protected the Siachen Glacier (highest battle field in the world), a glacier located in eastern Karakoram range in the Himalayas :

Issued for : Department of Posts is proud to issue a Commemorative Postage Stamp on Siachen Glacier in honour of these gallant soldiers.