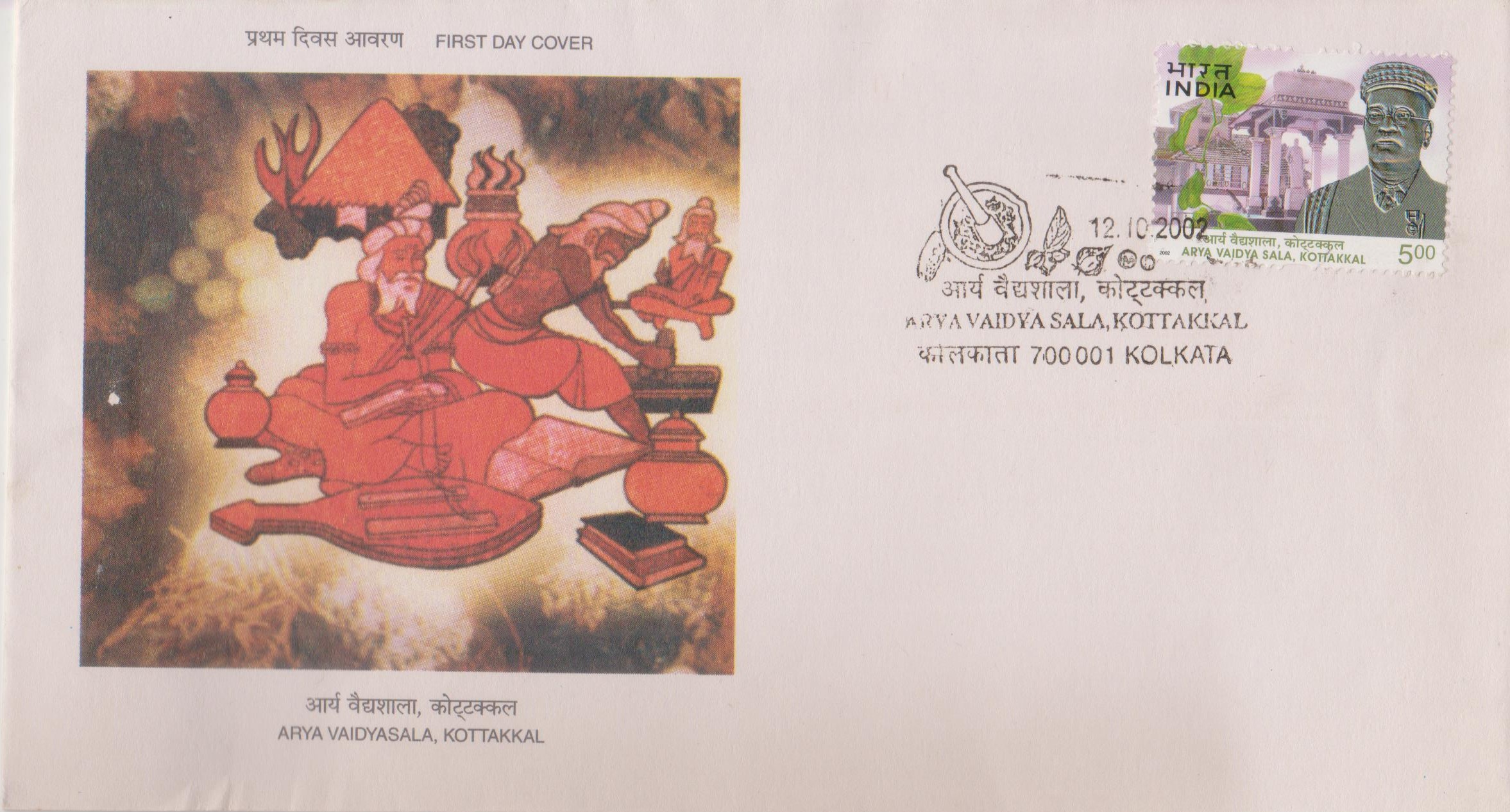 Issued for : The Department of Posts is happy to issue a commemorative postage stamp featuring the Arya Vaidya Sala, Kottakkal and its founder.

Design : The design of first day cover tries to capture the spirit of the ancient traditions of Ayurveda.