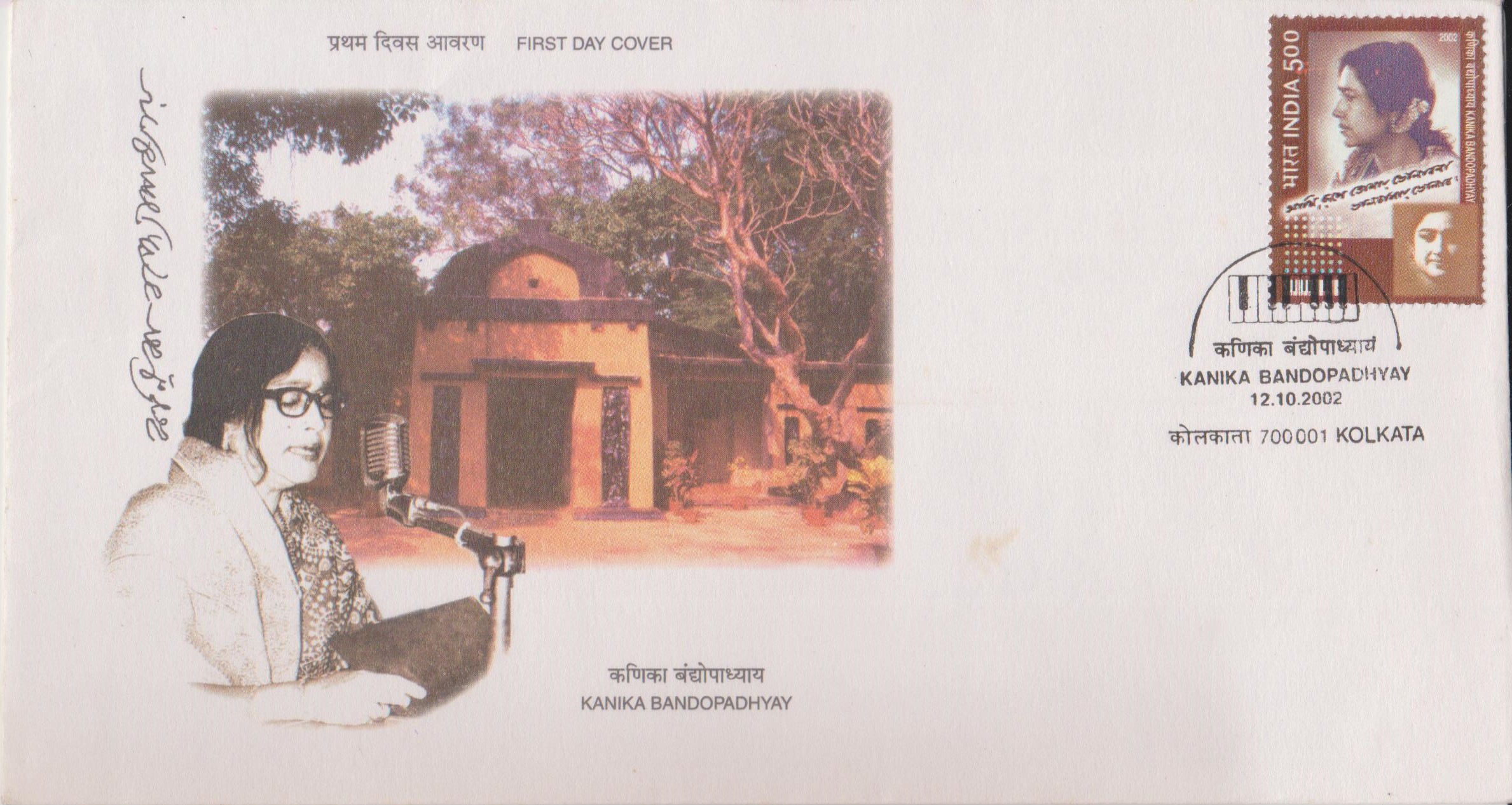 A commemorative postage stamp on the birth anniversary of Kanika Banerjee, an Indian Rabindra Sangeet singer :

Issued for : Continuing with the series on personalities who have made enduring contributions to Indian Music, the Department of Posts issues a commemorative postage stamp of Kanika Bandopadhyay (1924-2000), a great exponent of Rabindra Sangeet.