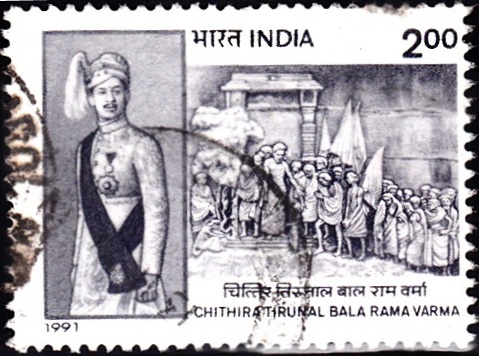 Description of Designs : The commemorative stamp depicts the portrait of the personality and the sculpture on temple entry done by Devi Prosad Roy Chowdhury. The stamp has been designed by the India Security Press, Nashik on the basis of material provided Shri A. Charles, M.P.

Born on Nov 7, 1912 at Kingdom of Travancore, an Indian kingdom