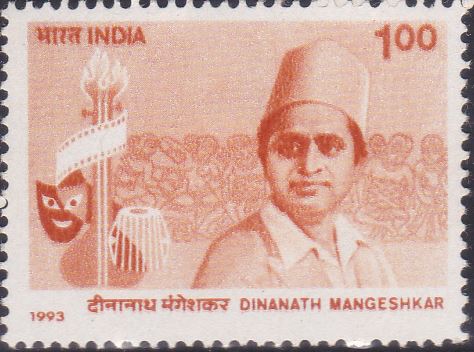 Issued for : The Department of Posts has brought out stamps on musicians and articles from time to time. Shri Dinanath Mangeshkar joins this galaxy in the world of stamps.