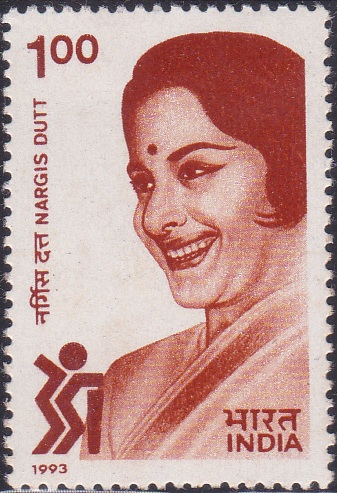 A commemorative postage stamp on Nargis, an Indian film actress :

Issued for : From time to time, the Department of Posts brings out special postage stamps to commemorate events and to honour eminent personalities.

Design : The stamp design features a charming profile of Nargis Dutt together with a symbol of the Spastic Society of India. The FDC design shows her receiving an award from President Zakir Hussain and the Cancellation design depicts the classic still from the film ‘Mother India‘.

Credits : The stamp, FDC & cancellation have been prepared based on the materials supplied by Shri Sunil Dutt, M.P.