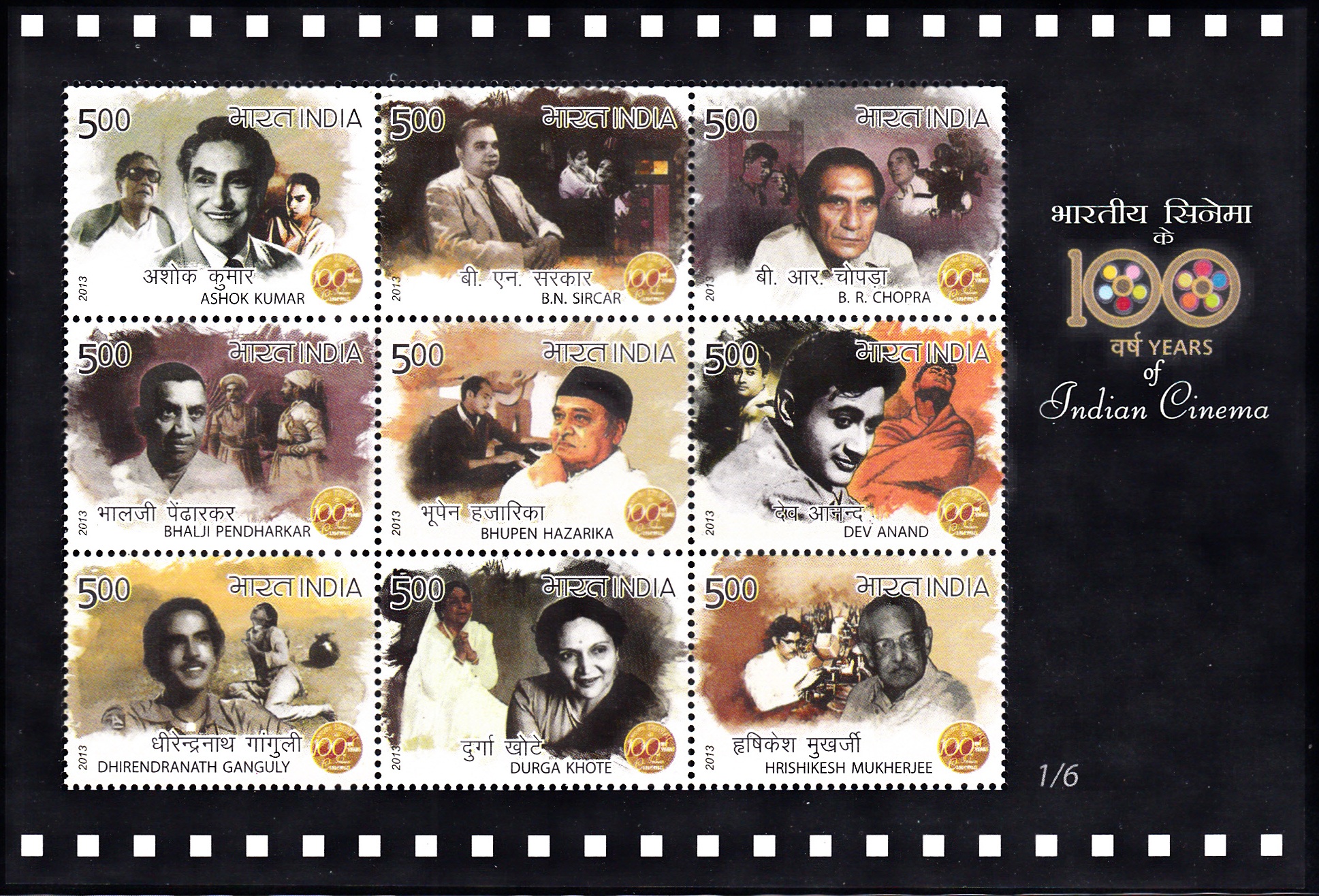 6 Miniature Sheets consisting of 50 nos. of commemorative postage stamps on the Centenary of the Indian Film Industry : 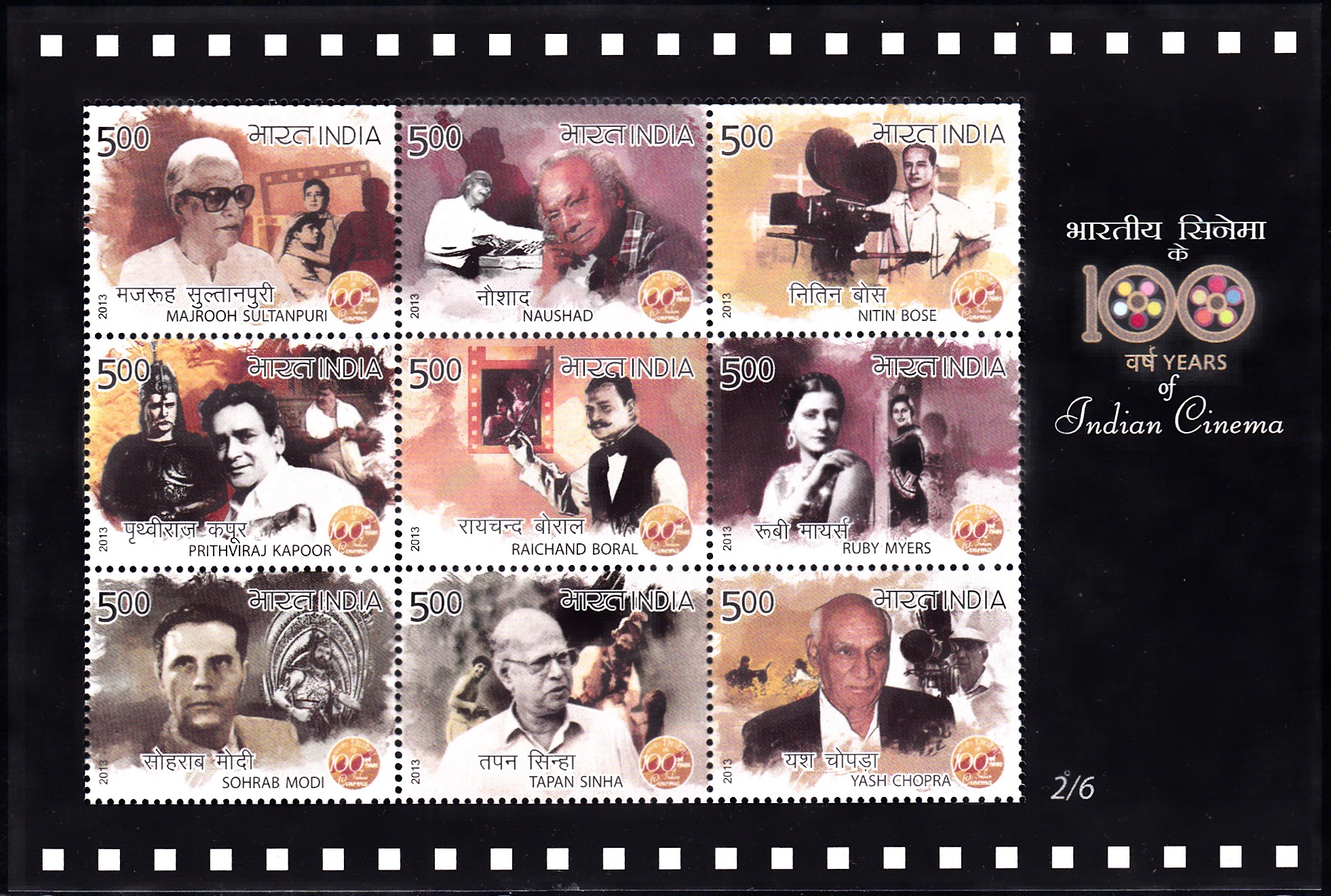 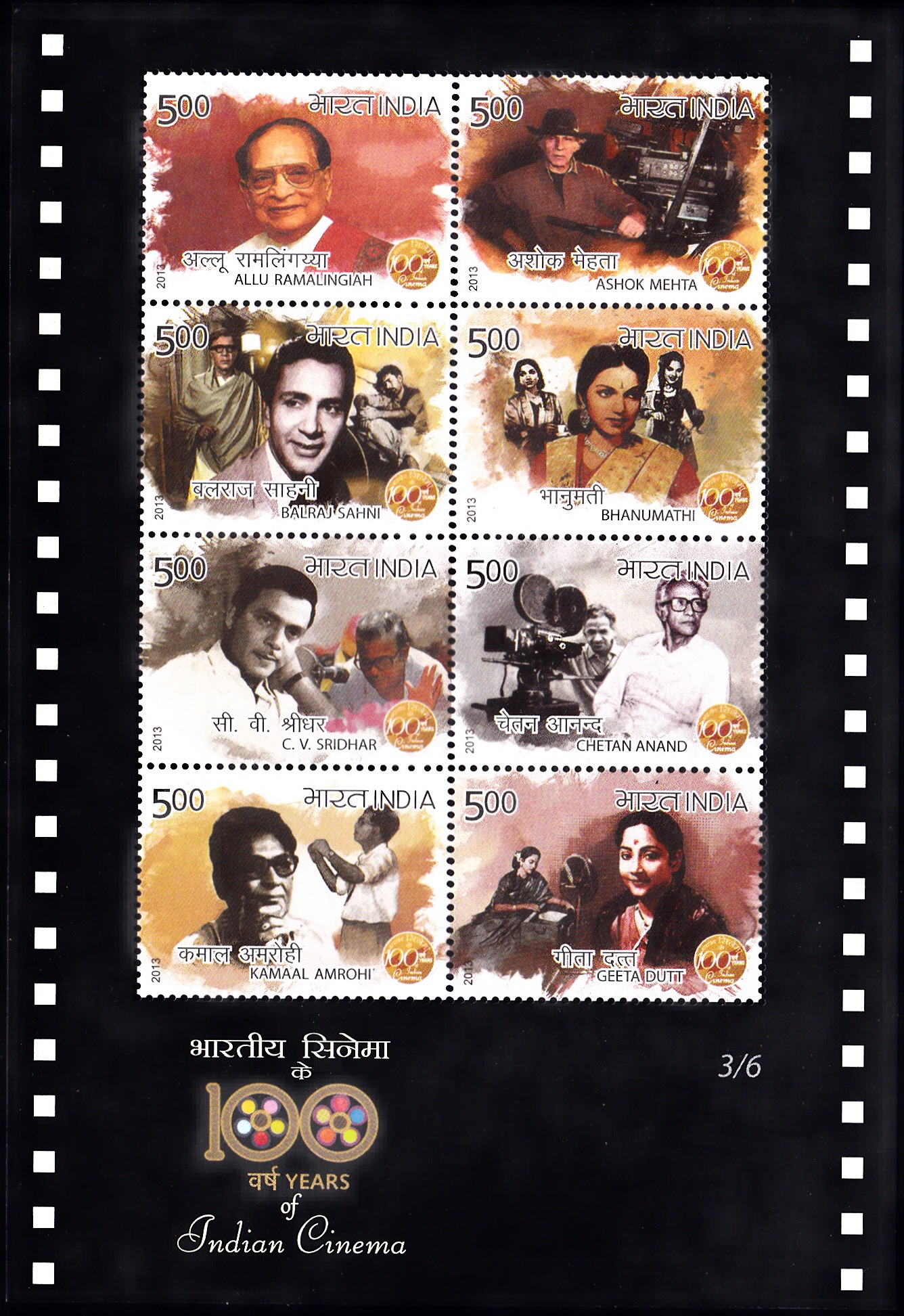 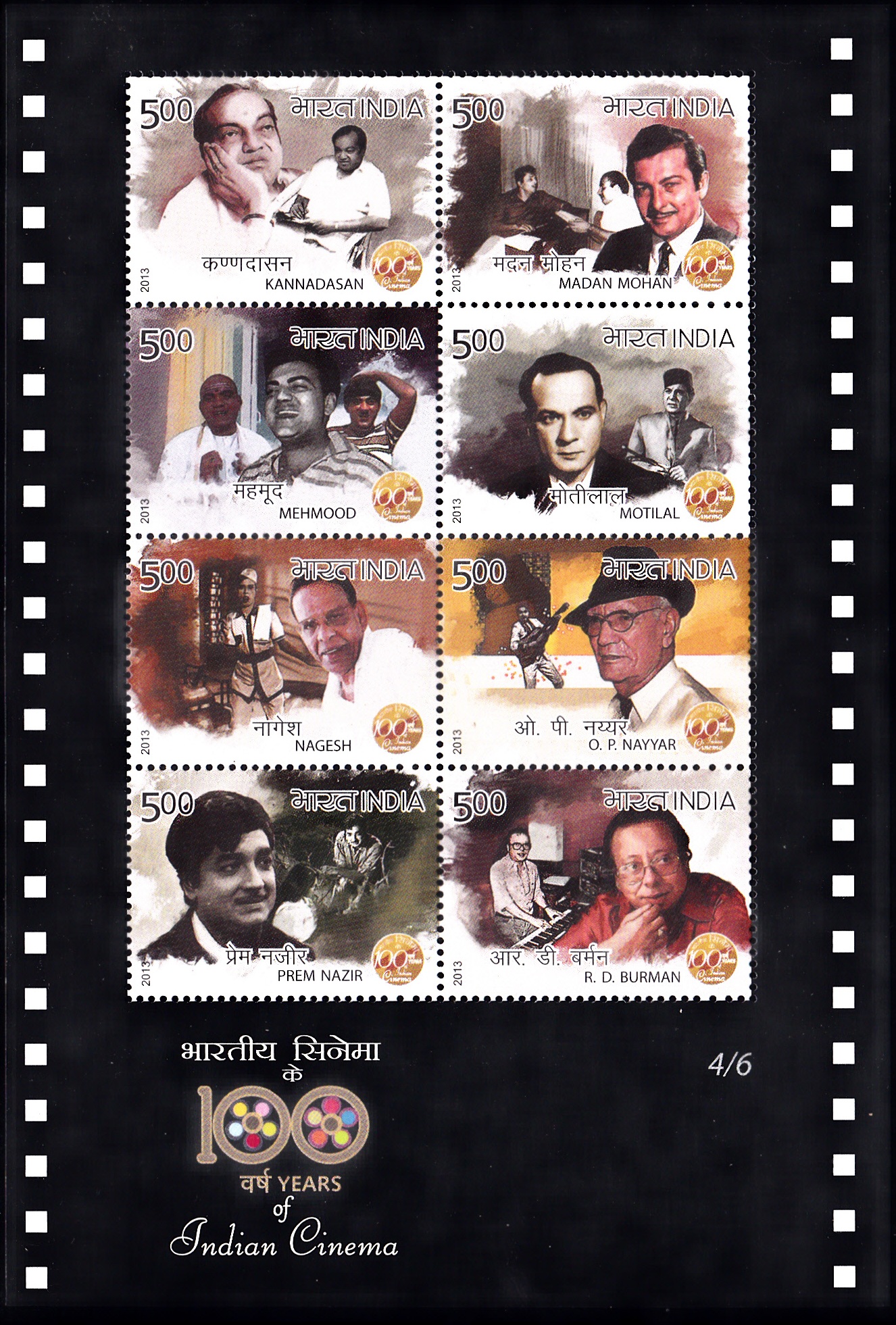 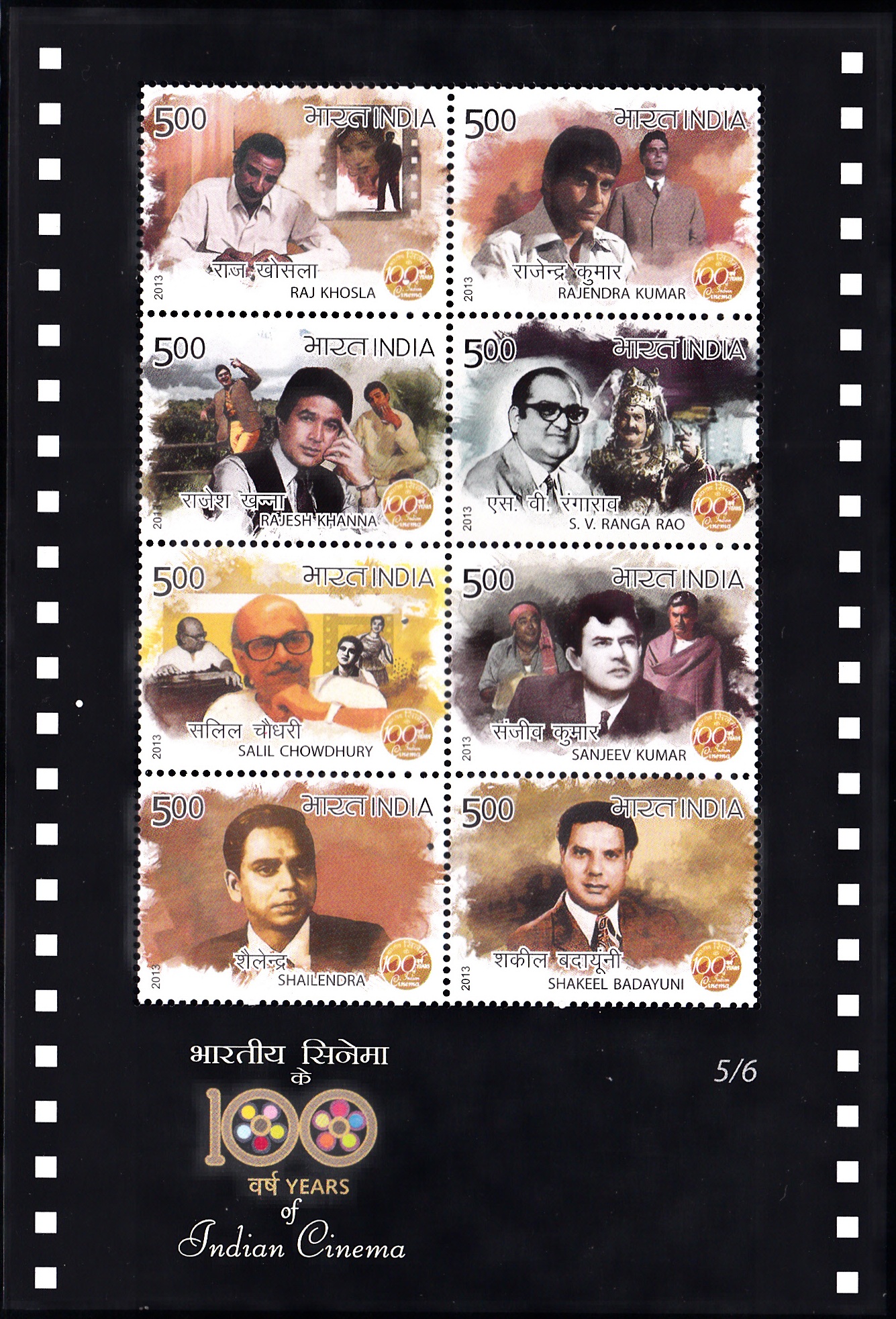 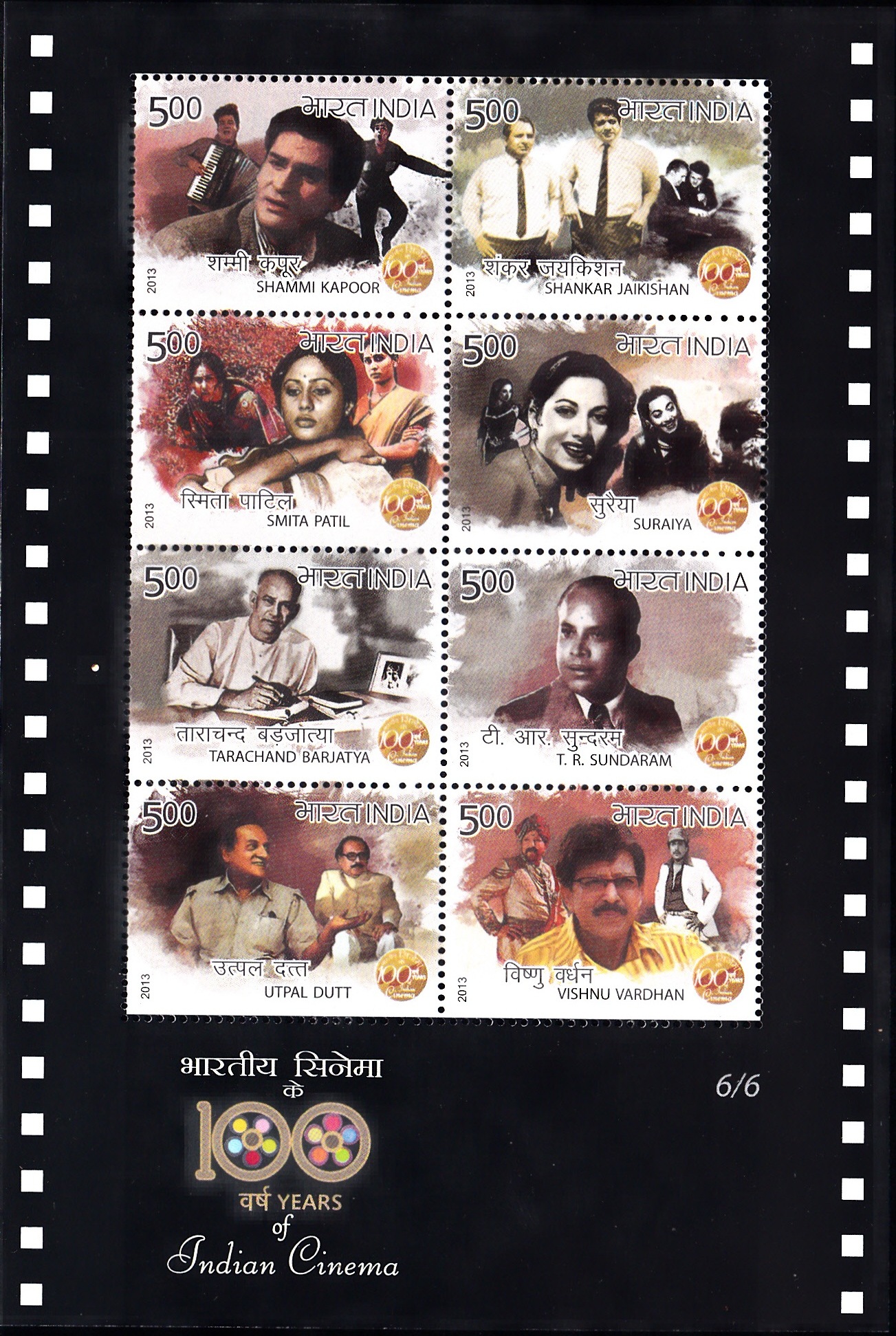 Issued for : Nothing captures the essence of popular culture in present day India better than their films. Department of Posts is happy to be a part of the century-long journey of Indian cinema by releasing six Miniature Sheets commemorating the contribution of fifty iconic personalities of Indian Cinema. The first two Miniature Sheets with nine stamps each depict some Dada Saheb Phalke awardees whereas rest with eight stamps each depict the personalities from various fields of cinema.