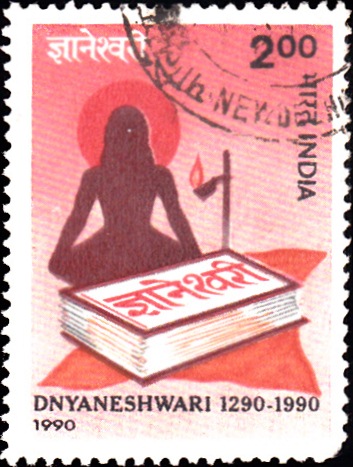 A commemorative postage stamp on the 700th Anniversary of Dnyaneshwari (Bhavartha Dipika), a commentary on Bhagavad Gita written by Marathi saint-poet Dnyaneshwar in 1290 :

Description of Designs : The stamp is designed by ISP Nashik. FDC is based on art work provided by Maharashtra Govt. cancellation is designed by Smt. Nenu Gupta.